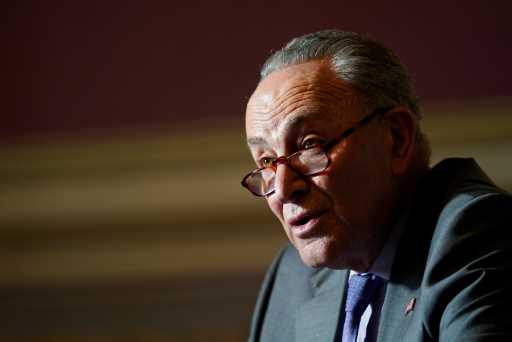 Senate Minority Leader Chuck Schumer called for Donald Trump to be removed immediately from office following the siege of the Capitol that was motivated by the president’s unfounded claims that the election was stolen from him.

“What happened at the U.S. Capitol yesterday was an insurrection against the United States, incited by President Trump. This president must not hold office one day longer,” Schumer said in a statement. “The quickest and most effective way—it can be done today—to remove this president from office would be for the Vice President to immediately invoke the 25th amendment. If the Vice President and the Cabinet refuse to stand up, Congress must reconvene to impeach President Trump.”

But the Capitol Police, the lead agency that protects the complex, has come under criticism after demonstrators overwhelmed officers, breaching security barricades and gaining entry to the Capitol hallways and the Senate chamber.

Rep. Rosa DeLauro (D-CT) and Rep. Tim Ryan (D-OH), said in a statement that the “breach of the Capitol raises serious questions of what law enforcement did and what they should have done differently.” DeLauro chairs the House Appropriations Committee, with oversight over the Capitol Police, and Ryan chairs the Legislative Branch subcommittee, and they said that they are planning an investigation and hearings of what went wrong.

“We recognize the bravery of the Capitol Police and law enforcement officers who protected members and essential workers in the Capitol complex yesterday,” they said. “At the same time, it is obvious that there was a severe systematic failure in securing the building’s perimeter and the response once the building was breached.”

Photos of the Aftermath of the Pro-Trump Riots at the U.S. Capitol