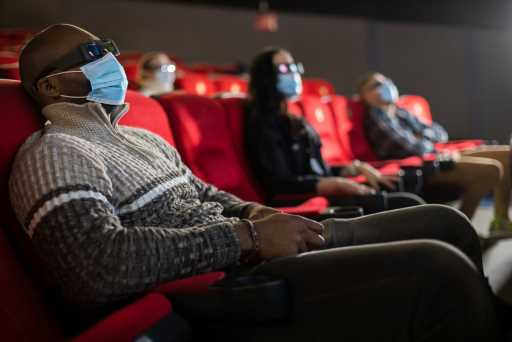 Asked earlier this week if there is a Covid-19 data point that would push the state to reimplement restrictions, California Gov. Gavin Newsom said, “We’re not looking at physical distancing or closing anything down.” The recall-challenged governor then insisted, “The answer to the Delta variant is vaccination…We don’t need masking. Just get vaccinated.”

A more trusted indicator, the seven-day case rate per 100,000, rose from 7.1 on Tuesday to 9.5 on Friday, putting the state on the verge of “Widespread” infections, according to Newsom’s own Blueprint for a Safer Economy. That blueprint, which mandated restrictions according to the level of virus in the state’s counties, was abandoned June 15 when Newsom reopened the state. Some are now calling for a return to restrictions.

The latest rise comes after Los Angeles re-instituted an indoor public mask order for every resident — no matter their vaccination status — on Saturday.

Certainly, Californians are weary of masking, with many rejoicing June 15 when restrictions were lifted. A new Inside California Politics/Emerson College poll, however, found more Californians now support an indoor mask mandate than not. Forty-nine percent of Californians support a statewide indoor mask mandate, while 39% oppose one, according to the survey of more than 1,000 registered voters. Thirteen percent of residents are undecided or have no opinion. The poll had a margin of error of +/-2.9% and was conducted this week.

Given that California’s daily vaccine doses administered are currently only about 62,000 — those are two-dose regimens, remember — and the state still has at least 4 million unvaccinated people, Newsom’s victory by vaccination strategy seems unrealistic.

Another hurdle is that fact that 12% of adults say they will not get vaccinated, according to a recent UCLA Center for Health Policy Research study. When one pairs that with the roughly 16% of the population under 13 years old who cannot get the vaccine and also those adults who are ineligible due to health issues, it seems about 25% of the state’s population may not get vaccinated anytime soon.

Meanwhile, the more transmissible Delta variant of the virus is surging in the state. A monthly report on positive tests sent for genomic sequencing — which IDs specific variants — revealed that fully 82.8% of the positive tests analyzed were due to Delta. That’s a 53% rise in one month, and up from Delta’s tiny 5.9% share of all variants in May.

California’s seven-day average test positivity — another important indicator of the rate of spread — has risen 36% in the past week to 5.2% on Friday. Hospitalizations, a lagging indicator, have more than doubled since the end of June.