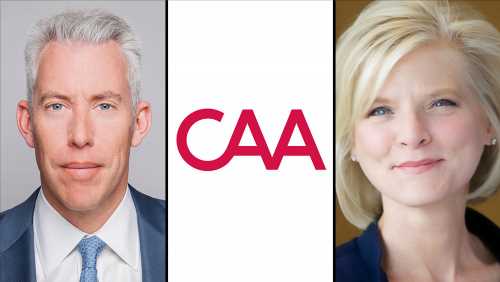 One of the company’s three co-chairmen, Richard Lovett, previously held the title of president. He and fellow co-chairs Kevin Huvane and Bryan Lourd will continue in their leadership roles after the moves, the company said.

In announcing the shuffle, CAA said it was part of an effort over the past year to “deepen its leadership ranks.” It has formed the gender-balanced CAA Board, which is responsible for day-to-day management of the agency, and hired key figures like Dr. Sharoni Little as head of global inclusion strategy and Tyrone Bland to lead U.S. Government Affairs.

“The primary role of CAA President is understanding that leading is actually serving, and throughout his tenure with CAA, Jim has been tireless in his pursuit of furthering the company’s interests,” Lovett said.  “He is a world-class leader with profound insight into the opportunities ahead as the media, sports and technology landscapes, and CAA itself, continue to evolve. Jim has been an essential partner to us in every way since the day he joined five years ago, helping drive the tremendous growth of our diversified and global platform. His genuine, collaborative nature, high regard among colleagues, and deep connection to our client-focused purpose, position him and CAA for even greater success in the years ahead.”

Burtson said he is  “thrilled to play a larger role, alongside the entire leadership team, to chart the agency’s future for everyone at CAA as well as our clients at this transformational moment in our business.”

At PwC, Sawdye served as chief operating officer. She led the global network operations team, driving the budgeting, financial planning and investments processes across its network of more than 284,000 people in 155 countries. She began her career at PwC, spending 17 years in its media and entertainment practice before serving as COO of global law firm Skadden, Arps, Slate, Meagher & Flom and later CFO and EVP of the NBA.

“Carol brings a wealth of strategic, financial and operational experience, coupled with a deep understanding of what it means to lead in a global service organization.  I have every confidence that she will be an invaluable colleague and partner in ensuring that our momentum for the company and clients continues long into the future,” Burtson said.

Sawdye said CAA’s “founding culture of succeeding as a team, for clients and the business, consistent market leadership, deeply talented and welcoming management team, and commitment to innovation across its broad lines of business drew me to this unique and exceptionally compelling opportunity. I have also long admired CAA’s deep passion for the representation of their clients by the entirety of the firm, and look forward to playing a role in the agency’s global growth and continued success.”

In addition to overseeing Sawdye and her management of CAA’s finances, Burtson will lead the company’s strategy for CAA’s representation business and the continued diversification of the company.  His priorities will include the company’s investment in existing and new business initiatives. He will continue to have primary oversight for, and represent CAA on the boards of Entertainment Benefits Group, CAA China, CAA-Global Brands Group. He will also be CAA’s representative on the board of Connect Ventures, the agency’s recently launched early-stage consumer investment joint venture with New Enterprise Associates.

Burtson joined CAA as CFO in 2015 from Time Warner, where he oversaw the company’s global M&A efforts and previously the company’s investor relations apparatus. Prior to rejoining Time Warner in 2002, Burtson worked at Clear Channel Communications, where he served as SVP of strategic development and CFO of the company’s online business. He had previous stints as an investment banker at J.P. Morgan and in an initial stint at Time Warner as a financial analyst in corporate finance and M&A.