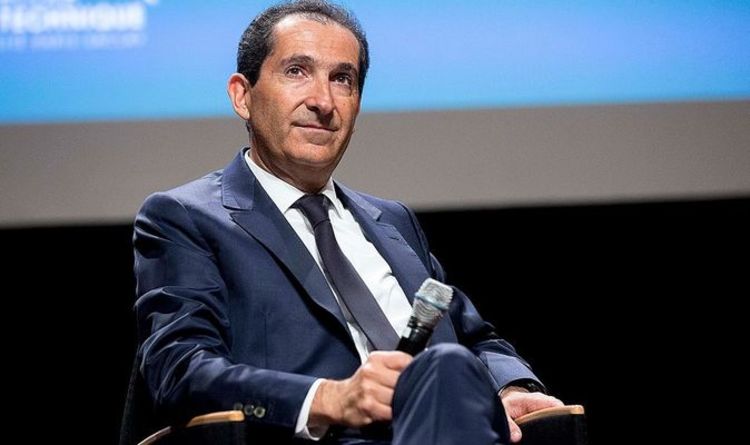 Mr Drahi, who also owns auction house Sotheby’s, first began buying shares in BT in June. While speculation has increased of a potential takeover, Mr Drahi’s company Altice UK has said it does not intend to make an offer for BT. In a statement today, the businessman said: “We are pleased to take this opportunity to increase our shareholding in BT. Over recent months we have engaged constructively with the Board and Management of BT and look forward to continuing that dialogue.

“We continue to hold them in high regard and remain fully supportive of their strategy, principally to play the pivotal role in delivering the expansion of access to a full fibre broadband network; an investment programme which is so important to both BT and to the UK.”

Under UK takeover rules, the announcement from Altice now prevents it making an offer on BT for six months, except under certain circumstances such as with agreement of the BT Board or if a third party put forward an offer.

The move has sparked concern from the Government though, particularly over any interference with plans on upgrading the UK’s broadband.

A spokesperson said: “The Government notes the latest acquisition of BT shares by Altice.

“We are monitoring the situation carefully.

“The Government is committed to levelling up the country through digital infrastructure, and will not hesitate to act if required to protect our critical national telecoms infrastructure.”

BT said its board had been notified of the increase in shares, adding: “Management of BT Group will continue to operate the business in the interest of all shareholders and remains focused on the successful execution of its strategy and building on recent performance momentum.”

Takeovers have increased massively this year with foreign takeovers hitting the highest levels seen 2018, supported in part by a weak pound.

In a more controversial move, inhaler firm Vectura was taken over by tobacco company Philip Morris.

In January 2022 a new act, the National Security and Investment Act, will come into force giving Government the power to scrutinise and intervene in acquisitions that could harm the UK’s national security.

Under the rules, the Government will be notified about any acquisitions in sensitive areas of the economy, such as artificial intelligence, energy and defence.

With data infrastructure and communications included any takeover of BT would likely fall under this.

The Government has already acted on some takeovers this year with business secretary Kwasi Kwarteng ordering a review of a Chinese takeover of a Welsh graphene producer.

Mr Kwarteng also intervened in a takeover of defence firm Ultra Electronics by a US private equity company over national security concerns.