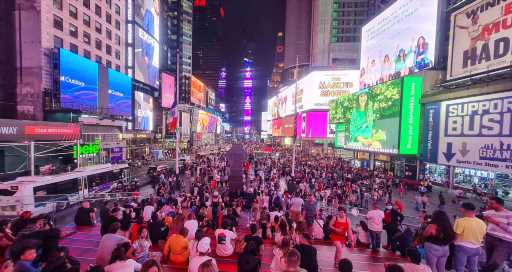 Broadway Comes Together For Concert Capping Off Curtain Up! Times Square Festival: 18 Musicals & 5 Plays Will Participate

The three-day Curtain Up! festival in Times Square later this month will culminate in a big Sunday concert featuring performers from 18 Broadway musicals and five plays, with shows represented from Ain’t Too Proud, Hadestown and Jagged Little Pill to Harry Potter and the Cursed Child, Pass Over and To Kill a Mockingbird.

The night before the Sunday, Sept. 19 daytime concert, an early evening concert dubbed “¡Viva! Broadway When We See Ourselves” will celebrate diversity and the contributions of Latin and Hispanic Broadway artists with performances by Daphne Rubin-Vega, Robin de Jesús, Bianca Marroquín, Ana Villafañe and more to be announced.

The free, three-day Curtain Up! festival in the Times Square area will feature about 22 unique outdoor events from Friday, Sept. 17 to Sunday, Sept. 19. The previously announced fest, designed to celebrate the reopening of Broadway after the 17-month pandemic shutdown, is being presented by Playbill in partnership with The Broadway League, the Times Square Alliance, and title sponsor Prudential, and sponsored in part by Lexus, Netflix, and United Airlines with additional support from Audible and the NYC Mayor’s Office of Media and Entertainment.

Throughout the weekend, Broadway fans will have the opportunity to join with a wide variety of interactive experiences and intimate concerts peppered throughout the festival, including Broadway sing a-long’s, The Sing for Hope Piano, variety shows, after dark events and special Broadway Podcast Network recordings.

For a detailed roster of events, go here.

“Broadway lovers are in for a treat,” said Charlotte St. Martin, President of The Broadway League, “and we look forward to seeing everyone in Times Square September 17-19.”

“Broadway’s reopening is like a huge welcome mat for New Yorkers and visitors to return to Times Square, which has the brightest lights in NYC and is an international symbol for the city as a whole,” said Tom Harris, President of the Times Square Alliance. “With Broadway’s return and theaters bringing back live entertainment and artists to their stages, it will also create a domino effect and help to continue to bring back guests to neighborhood restaurants, hotels, retailers, and independent businesses which have all been waiting for Broadway’s return.”