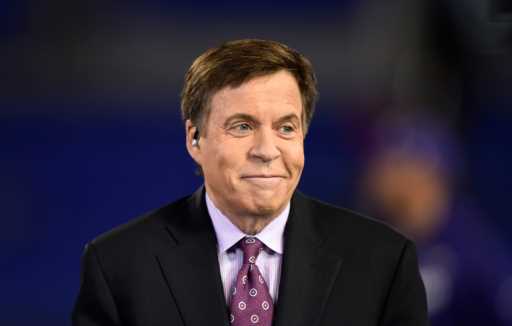 Bob Costas, who was the lead host of 12 Olympic Games telecasts for NBC, believes the Tokyo Olympics should not go forward due to risks from Covid-19.

Appearing on Real Time with Bill Maher, Costas said the Games should be “postponed, not canceled. If they postponed it until the summer of 2022, then as a one-off it would go back to the way it was prior to the ’90s,” he said. Winter and summer Games used to be held in the same calendar year before shifting to an every-two-years, alternating cycle.

Already, the pandemic forced them from 2020 to 2021, with the July 23 opening ceremonies now under a dark cloud of doubt due to the dire Covid-19 situation in Japan. Just 4% of residents have been vaccinated and most oppose the idea of athletes from 200 countries coming in for the event, and doctors and other officials have voiced strong objections.

“You’ve got to understand, the International Olympic Committee holds all the cards,” Costas said. When Maher said he often sees the IOC name connected to “something shady” and asked Costas if that was wrong, his guest said, “It’s not wrong. They have an affinity for authoritarian regimes. They’ll be back in Beijing for the Winter Olympics. They were in Sochi (Russia) in 2014. They were in Beijing in 2008.”

Costas hosted Games on NBC from 1988 to 2016. He is still active as a sports TV personality but left the network in 2019 after four decades of service. The settings for many Olympics, he said, require “a particularly difficult tightrope walk for NBC.” NBCUniversal signed an extension in 2014 for $7.75 billion for U.S. rights to the Olympics through 2032.

“Unlike other entities that cover it, the network that carries the Olympics or any sports event has invested a lot of money in the rights,” Costas said. “And they want people to feel good about watching it. But my feeling always was, you have to at least acknowledge the elephants in the room. I tried as best I could to tug on the other end of that rope. But they were always very very touchy about offending the IOC.”

As far as Tokyo, Costas noted that polls have shown 70% of Japanese people are against the Games happening this year due to soaring infection rates in the country. The New England Journal of Medicine weighed in today for the opposition, as have other medical entities., However, “all of the contracts are written in favor of the IOC,” Costas said. “So, if the Olympics are held, all the losses, all the cost overruns, they fall on the Olympic organizing committee of Tokyo. None of that is borne by the IOC. Plus, if the Games take place and NBC televises them, the IOC collects every last penny of the broadcast rights. So you can’t expect them to have the same view as everyone else.”

Costas was appearing on Real Time to plug his forthcoming return to HBO in Back on the Record with Bob Costas.