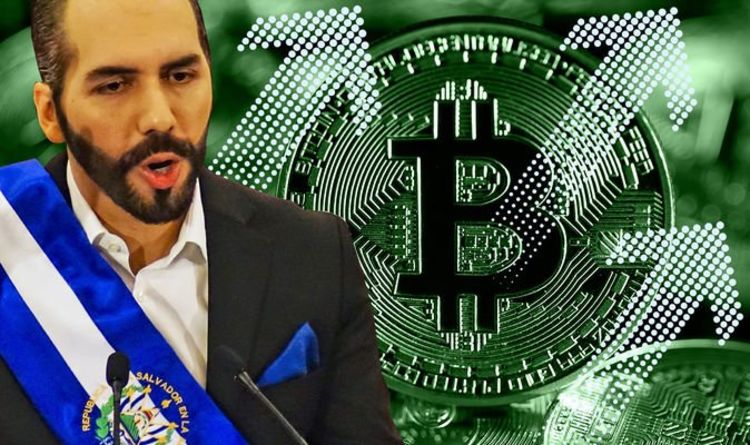 The country’s 700 Bitcoin that were purchased after the nation passed its ‘Bitcoin Law’ are now worth nearly £26million. The nation was the first in the world to make Bitcoin legal tender on September 7. Since then, El Salvador has onboarded 3,000,000 Bitcoin users within the country in just 26 days.

The nation has also begun mining the cryptocurrency via geothermal energy from its volcanoes.

Through a publication on his Twitter account, President Nayib Bukele has notified that El Salvador has already obtained 0.00483976 bitcoins, £178, thanks to this method.

“But this is officially the first Bitcoin mining from volcanoes.”

The tweet was accompanied by a video that showed a Bitcoin mining operation on the side of one of the country’s volcanoes.

El Salvador gets one-quarter of its electricity from geothermal installations tapping into the nation’s volcanic activity.

Speaking to The Mint about the current crypto-surge Siddharth Menon, COO of WazirX, said: “All crypto markets have been positive for a few days.

“The total crypto market capitalisation has broken out of the descending channel pattern.

“This is indicating some type of trend reversal.

“We can definitely expect a recovery in the crypto markets, as the RSI indicator for Bitcoin has also broken out of the pattern.

“With the dollar index weakening slightly compared to the last few days, we can only hope that the cryptocurrency markets will gain some buying momentum.”

China’s recent ban on Bitcoin has not dampened its wider adoption in Asia.

Recent data from Chainalysis shows that India’s market grew 641 percent over the past year.

Powell Warns Of Upside Risks To Inflation During Congressional Testimony