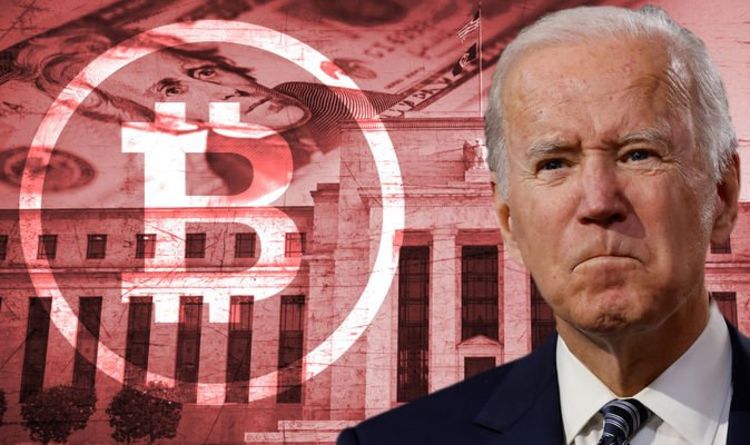 In comparison to last year inflation of the US dollar has risen 5.4 percent and in the UK the cost of goods and services in relation to wages has increased by 3.4 percent. These inflation figures were measured by the consumer price index (CPI) by the Organisation for Economic Co-operation and Development (OECD). However, analysts argue that the real rate of inflation is many times higher if investment items, such as stocks, bonds, real estate, and life insurance are included in the index.

The cost of living increase has moved former US presidential Bernie Sanders to tweet: “Today, our younger generations have a lower standard of living than their parents did at their age.

“The time for action is now.”

Storing values such as gold and Bitcoin is being touted as safe havens to escape the depreciation of the pound and the dollar.

Fox News economic correspondent Tucker Carlson touted even higher real-time inflation figures in the US, saying that real estate in the US “was already overheated, now its a bonfire”.

He added: “The median sales price over a single-family home in Austin Texas increased 33.5 percent in a single year.

“Consider equities prices, the S&P 500 was up 28 percent in the last year.

“This is the real inflation rate and is a lot closer than the CPI is going to get you.

“But if you want to know what people really think about the economy and the US dollar, look at the value of cryptocurrencies which is by definition a refuge from inflation, people buy Bitcoin when they decide the US dollar is no longer safe.

After the broadcaster “seamlessly weaved the Bitcoin price into his piece on inflation”.

Speaking to Express.co.uk Mr Keiser added: “Bitcoin is the truth serum of finance.

“Nobody gets away with lies about inflation because they can’t control Bitcoin’s price.

“What the price of Bitcoin has been telling us for ten years is that governments have been recklessly printing money and slowly, and irreversibly, destroying economies, particularly in the UK and US.”

The inflation contagion is sweeping the globe as costs rise and supply chain problems persist, this has been confounded by the ratio-reserve cut by the Chinese central bank to offset the damage from the Evergrande property crisis, which could lead to an inflation of the yuan.

The US has seen an unprecedented amount of money printing of the dollar in the form of stimulus packages.

This has seen the US experiencing the most rapid inflation spike in almost 40 years.

Referring to inflation, US president Joe Biden told reporters at the White House on Friday: “It’s the peak of the crisis.

“I think you’ll see it change sooner than, quicker than, more rapidly than it will take than most people think.”

“Every other aspect of the economy is racing ahead, although inflation is affecting people’s lives.”