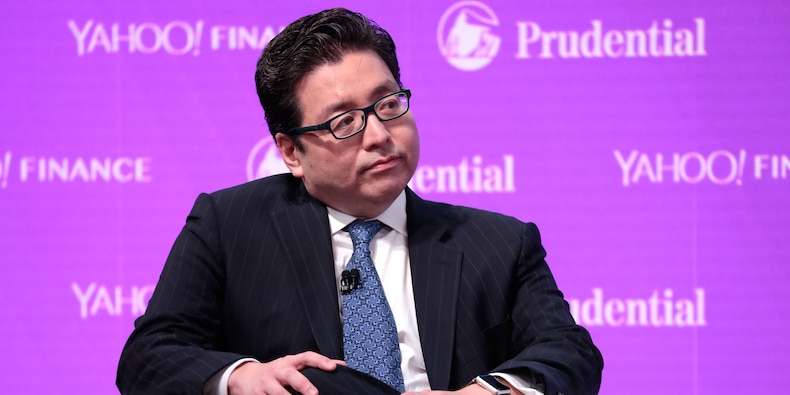 Bitcoin's recent sell-off looks to have found support and a new uptrend is "likely underway," Fundstrat's Tom Lee said in a note on Wednesday.

The most valuable cryptocurrency sold off more than 20% in recent weeks after topping out just below $65,000 amid the Coinbase IPO. Bitcoin broke below $50,000, which represents a key psychological level for investors, but has since recovered and is trading near $55,000 as of Wednesday afternoon.

Now, bitcoin has found support near $47,000, which coincided with a "9" count buy signal generated by the DeMark indicator. This counter-trend indicator, created by Tom DeMark, helps measure price exhaustion in securities.

Traders should look for bitcoin to move above $62,000 to affirm that the sell-off is over, according to Lee.

A potential target bitcoin could rally too is $69,000, representing potential upside of 25% from current levels, according to technical analyst Katie Stockton of Fairlead Strategies.

Read more: Goldman Sachs names 19 crypto-exposed stocks that have piggybacked on bitcoin's surge to achieve returns that have nearly quadrupled the S&P 500 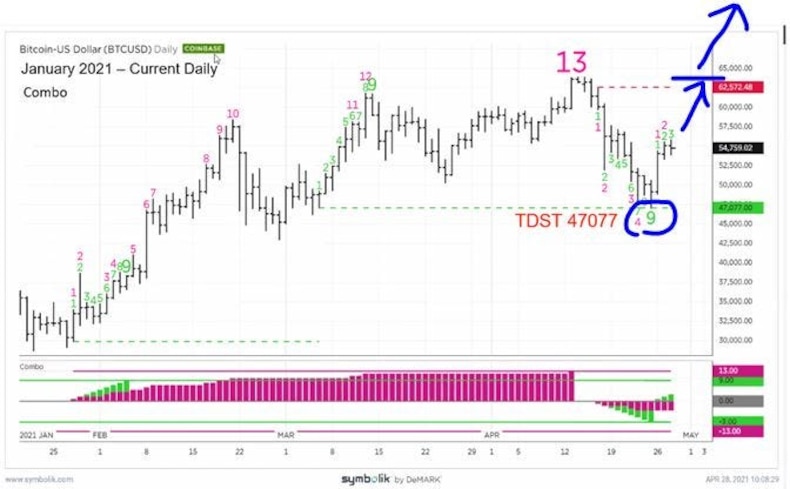 Enrolling in a high-yield savings account: A step-by-step guide