Billy Crystal is returning to Broadway and revisiting one of his most popular film roles: Mr. Saturday Night, a new musical based on the 1992 movie will begin performances at the Nederlander Theatre next spring.

Crystal will play Buddy Young Jr., the veteran comedian looking for a comeback. Crystal portrayed the character in the film, which also marked his directorial debut.

“Creating and portraying the 75-year-old comedian Buddy Young Jr. in the film of Mr. Saturday Night was one of the highlights of my career,” Crystal said in a statement, adding, “30 years ago I needed 5 hours of make-up to play him, now I just show up.”

Co-starring will be Randy Graff as Elaine Young; David Paymer, who appeared with Crystal in the 1991 movie City Slickers, recreating his Oscar-nominated role as Buddy’s brother Stan Yankelman; and Chasten Harmon as agent Annie Wells. Additional casting will be announced in the coming weeks. 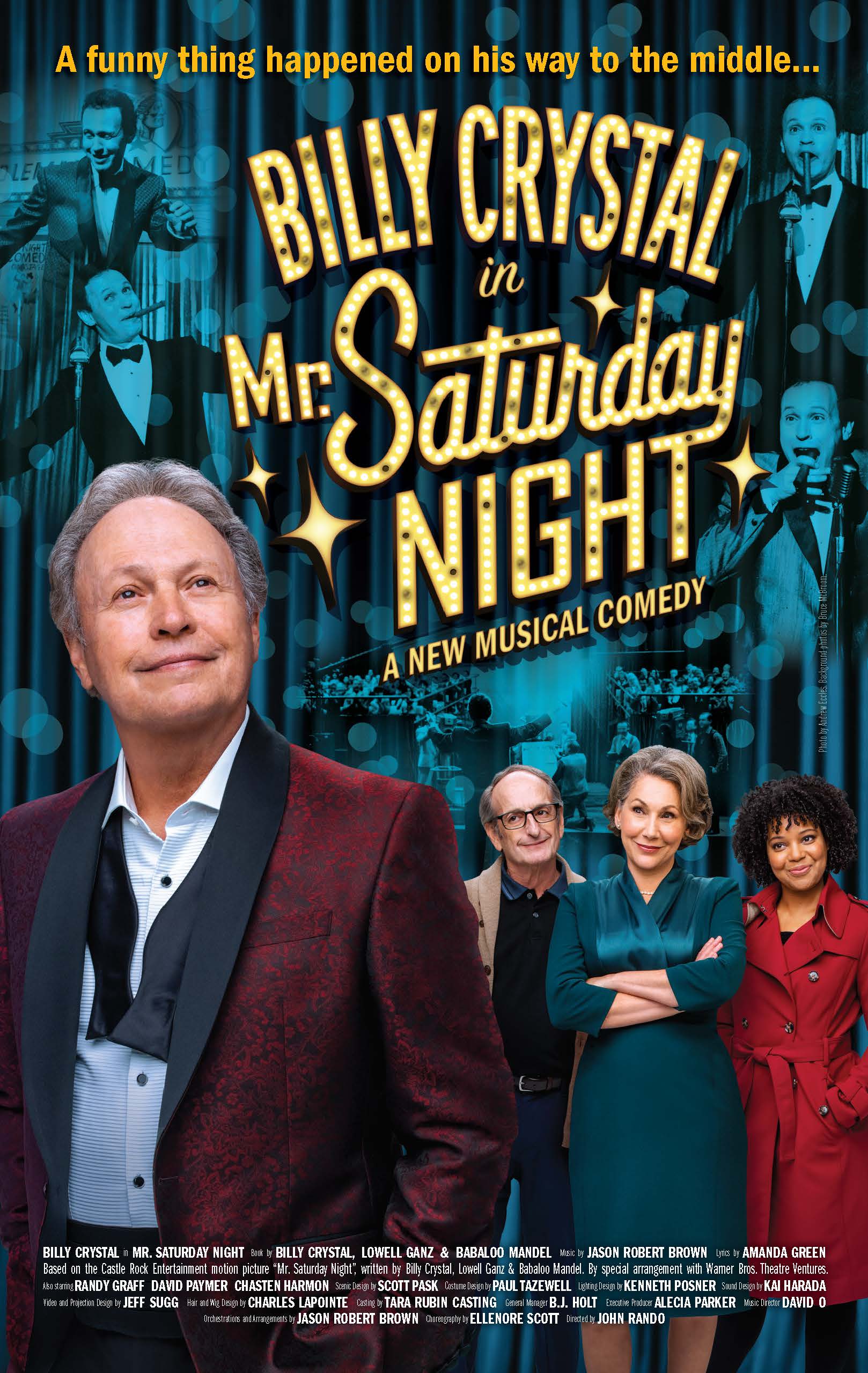 The stage musical will feature a score by three-time Tony Award winner Jason Robert Brown (Parade, The Bridges of Madison County), lyrics by Amanda Green (Hands on a Hardbody) and book by Crystal, Lowell Ganz and Babaloo Mandel. John Rando (Urinetown, On The Town) will direct, and Ellenore Scott will choreograph. The musical is based on the Castle Rock Entertainment film written by Crystal, Ganz and Mandel and based on a concept by Billy Crystal.

Said Crystal, “It’s been a joy to collaborate once again with the brilliant and hilarious Lowell Ganz and Babaloo Mandel, my co-writers from the film, and to be joined by the wonderful team of Jason Robert Brown, Amanda Green, Ellenore Scott and directed by John Rando. And it doesn’t get any better than sharing a stage with Randy Graff, my old friend David Paymer, and Chasten Harmon. Together we have created a truly funny and moving musical comedy. I can’t wait to come back to Broadway next year at the Nederlander Theatre.”

The production was announced today by producers James L. Nederlander and Nederlander Presentations, Inc., and was described as “one comedian’s meteoric rise to the middle.”

The official synopsis: Mr. Saturday Night tells the story of Buddy Young Jr., an outrageous and outspoken comedian who found fame, if not fortune, in the early days of television. Now, some 40 years after his TV career flamed out, Buddy seeks one more shot at the spotlight, and while he’s at it, one last shot at fixing the family he fractured along the way.

Mr. Saturday Night will mark Crystal’s return to Broadway following his Tony Award-winning solo show 700 Sundays in 2004 and its return engagement in 2013. Tickets will go on sale to the general public on Monday, November 22.

Steve McQueen Sets Next Film ‘Blitz’ At New Regency, Where He Made ‘12 Years A Slave’

Host Addresses Pending NBC News Exit: “There Are Many Things I Want To Do”