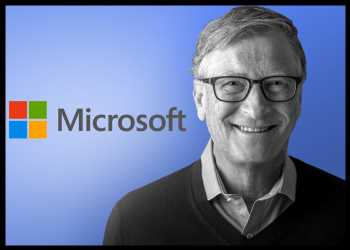 Bill Gates Left Board While Microsoft’s Probe Over Alleged Relationship With Staff Was Ongoing: WSJ

Bill Gates, the founder, and former chairman of Microsoft Corp. left the company’s board as an investigation on his alleged sexual relationship with an employee in 2000 was going on, the Wall Street Journal reported.

The Board members in 2020 reportedly decided that Gates needed to step down from the board over his romantic relationship with a woman staffer that was deemed inappropriate. However, he has resigned his seat in March 2020, before the board could make a formal decision on the matter.

Meanwhile, a spokeswoman for Gates confirmed that there was an affair almost 20 years ago which ended amicably, but his decision to quit the board was in no way related to that matter. He resigned to spend more time on his philanthropy.

As per the WSJ report, a Microsoft engineer in 2019 alleged in a letter that she had a sexual relationship over years with Gates. Following this, some Microsoft directors began an investigation in late 2019 into the allegations. The board hired a law firm to conduct the probe, during which some board members decided it was no longer suitable for Gates to sit as a director.

A Microsoft spokesman said, “Microsoft received a concern in the latter half of 2019 that Bill Gates sought to initiate an intimate relationship with a company employee in the year 2000. A committee of the Board reviewed the concern, aided by an outside law firm to conduct a thorough investigation. Throughout the investigation, Microsoft provided extensive support to the employee who raised the concern.”

The latest news comes as the divorce petition between Gates and his philanthropist wife Melinda French Gates in King County, Washington is ongoing. Earlier this month, they announced that they were ending their 27 years of marriage. As per reports, Gates’ ties to pedophile Jeffrey Epstein caused trouble in their marriage.

Live Dealer BTC Casino Games – What Can I Play?