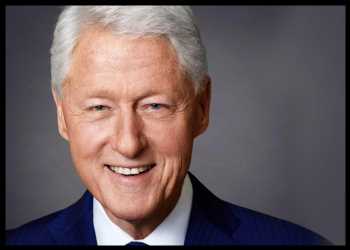 Former President Bill Clinton has been discharged from a southern California hospital after receiving treatment for a urinary tract infection.

The former leader headed home to New York after saying bye to doctors and nurses, and giving a thumbs up to reporters.

Dr Alpesh Amin, the head of the medical team that treated Clinton, said in a statement: “His fever and white blood cell count are normalized and he will return home to New York to finish his course of antibiotics.”

Clinton, who was in California to attend an event for his foundation, was hospitalized on Tuesday after feeling fatigue and undergoing tests.

The infection reportedly spread to his bloodstream.

The two-term Democrat President had been confronting health issues since leaving the office. He underwent surgery in 2004, 2005, and in 2010 to repair damages to his lung and heart.

After the end of his presidency in 2001, Clinton had moved to New York with former Secretary of State Hillary Clinton, 73.

Clinton, who was fond of fatty foods, turned vegetarian after his second surgery.

Although Clinton’s second term was dominated by the Monica Lewinsky scandal, he left office with the highest end-of-term approval rating of any U.S. president since Franklin Roosevelt.