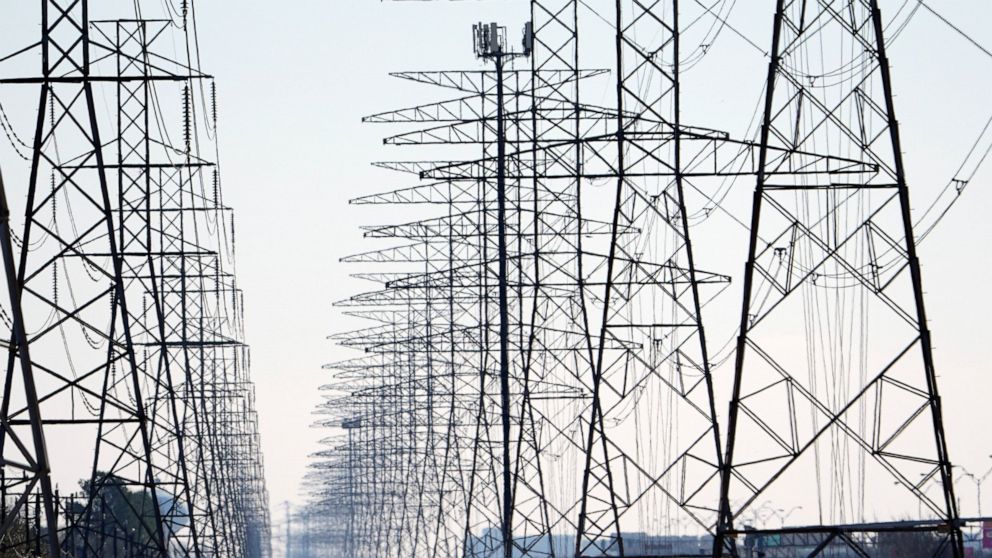 Biden releases money in push to modernize US electric grid

The administration is also pledging to speed up a sluggish permitting process that has delayed the types of major transmission projects that are crucial to meeting Biden’s goals.

The president has said he wants the nation to produce 100% clean energy by 2035. But that goal faces massive hurdles. Those include an electric grid that has been pummeled by climate change and which needs enormous expansion to carry electricity from renewable energy sources to densely populated regions.

The Department of Energy said it will release $8.25 billion in loans for developers to improve the grid’s ability to carry renewable energy from the windy, sunny plains to the regions that need it most.

“These investments will make our power system more resilient against threats and more reliable as we increase our clean energy capacity, creating thousands of jobs in the process,” said Energy Secretary Jennifer Granholm, in a statement.

The administration’s actions are a “giant first step” toward building the grid of the future, said Larry Gasteiger, executive director of WIRES, a transmission industry trade group. “It is unprecedented to have an administration so actively support needed transmission development across so many of its agencies,” he said.

The need for more solar, wind and wires to carry the electricity to homes under Biden’s plan is extraordinary.

The group Americans for a Clean Energy Grid, a nonprofit organization dedicated to modernizing and expanding North America’s high voltage grid, released a report Tuesday listing 22 shovel-ready transmission project that could boost the use of wind and solar energy and generate 1.2 million jobs. It would cost $33 billion to build those transmission lines, the group said.

If all 22 projects were completed, the 8000 miles (13,000kilometers) of wires could enable a 50% increase in the amount of wind and solar energy on the U.S. grid. But those 22 projects represent just 10% of the transmission investment needed to completely decarbonize the power sector, the group said.

“People think that it’s actually not possible and that we as a country can’t get this done, but many of these projects have been underway for more than a decade, most of them are permitted,” said Michael Skelly, founder of Grid United, and co-author of the report, in a conference call Tuesday.

If those projects succeed, that will beget more success, he said. “They can be underway in the next 12 to 36 months if we can just get a little bit of a push to get these projects over the top.”