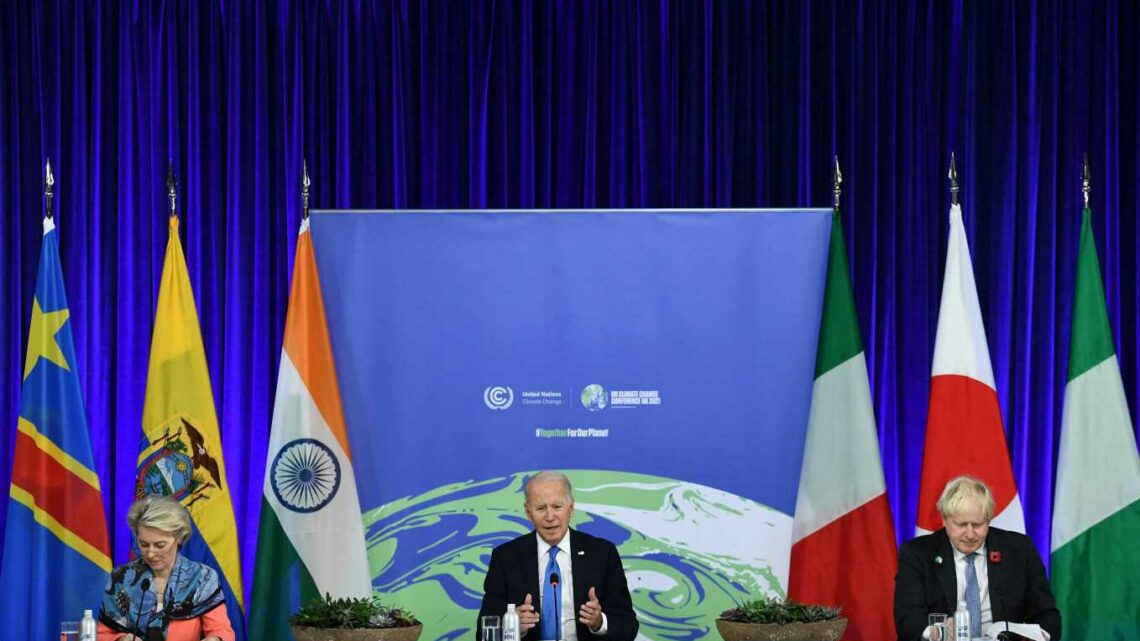 Biden at COP26 shows 'Americans are back at the table,' UBS chairman says

LONDON — The chairman of Swiss banking giant UBS has highlighted the importance of collaboration and regulation when it comes to raising capital related to sustainability, telling CNBC that it was a "daunting task."

"We need to understand the urgency of the situation," Axel Weber said. "We need to raise, between now and 2050 … 120 to 160 trillion [dollars] of capital just to make sure that we get the energy transition and the carbon transition that has so far been committed to."

Weber's comments were made against the backdrop of the COP26 climate change summit in Glasgow, Scotland. Discussions around the mobilization of finance are a crucial part of COP26 and will take center stage on Wednesday, which has been dubbed Finance Day.

"We're all in this together: markets, our clients, the industry and banks as a financing tool," Weber went on to say. "We need to work together in getting this done and we need regulation, we need rules … the entire market infrastructure needs to be built from scratch and we have no time to do that, so we better do it fast."

Weber went on to stress the importance of government action. "What we need is more commitments from the government[s] … we haven't seen enough commitments, and we need transition financing."

The attendance of President Joe Biden at the summit was described as an "important gamechanger" by Weber. "The Americans are back at the table, and they're helping us push this out," he said. "We need to work on rules, but we also need a global carbon price."

The impact of carbon had to be undone, he argued. "We need to put a price on it so that we get a price signal every day, in every industry, in every activity that we have … the Chinese have started, Europe already has a carbon market — it's not pricing where it should, but prices will increase."

COP26 is being hosted by the U.K. between Oct. 31 and Nov. 12, and Weber's sense of urgency chimes with other high-profile figures such as Britain's Prince Charles.

In a speech during the summit's opening ceremony on Monday, the Prince of Wales issued a call for action, telling those in attendance that time had "quite literally run out."

A number of undertakings have already been made at the conference. Monday, for example, saw India's prime minister, Narendra Modi, pledge to reach net-zero carbon emissions by 2070.

—CNBC's Lucy Handley and Chloe Taylor contributed to this report