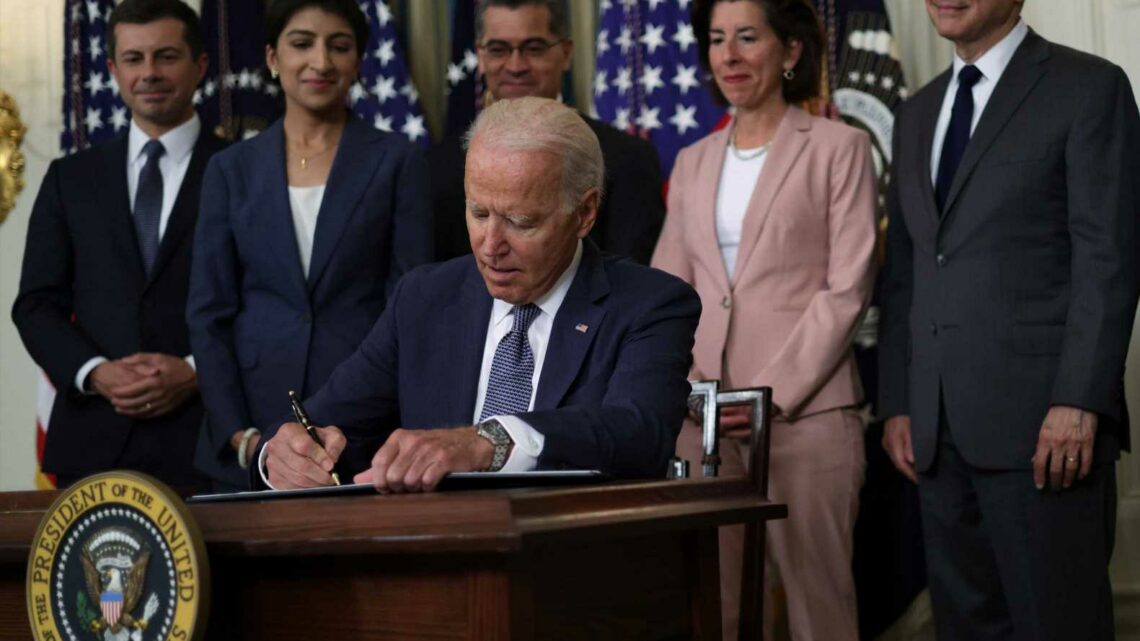 The Biden administration wants to rein in use of abusive non-compete agreements by businesses.

A non-compete is a legal contract between an employer and an employee. Typically, businesses use them to restrict workers from accepting a job with a competitor for a certain time period after employment. Businesses generally use them as a safeguard, to protect trade secrets and proprietary information.

President Joe Biden called on the Federal Trade Commission to write a rule to "curtail the unfair use of non-compete clauses and other clauses or agreements that may unfairly limit worker mobility."

The directive was part of a broad executive order issued this month to promote competition in the U.S. economy.

More from Personal Finance:
Why you need to insure your next trip
How to avoid costly mistakes with Medicare
How to tap your house for cash as home prices soar

Roughly 16% to 18% of American workers are subject to a non-compete clause, according to Rebecca Kelly Slaughter, a commissioner at the FTC.

To that point, 30% to 40% are asked to sign a non-compete after accepting employment, often on the first day of work, Slaughter, a Democrat, said in a speech last year. That's a concern for workers who lack bargaining power and have no choice but to sign, she added.

Reduced bargaining may lead to lower wages, cause workers to leave their occupation or field entirely, and reduce job churn, which may prove harmful for the U.S. economy, according to a Treasury Department policy report published in 2016.

However, while non-competes can harm workers in some contexts, there's also evidence of some benefits, Noah Joshua Phillips, another of the five FTC commissioners, said in a speech last year.

For example, by reducing the probability of worker exits, employers may be more willing to provide costly training, according to the Treasury report. And employers with high turnover costs may use them to match with employees who have a low desire to switch jobs down the road.

Phillips, a Republican appointee to the Commission, also expressed doubt as to the legal basis for drafting a rule around non-compete clauses.

"To the extent the rulemaking in question regards 'unfair methods of competition,' how we proceed may implicate not only the policy of non-compete clauses, but also more fundamental questions about the Constitution and its separation of powers," he said in a speech last year.

Many states already have rules to limit the use of non-competes, according to a National Law Review article authored by law firm K&L Gates.

In California, for example, non-competes are generally "void and unenforceable," according to the firm. And, increasingly, states like Illinois, Maine, Maryland, New Hampshire, Rhode Island and Washington are prohibiting employers from using them with low-wage workers.