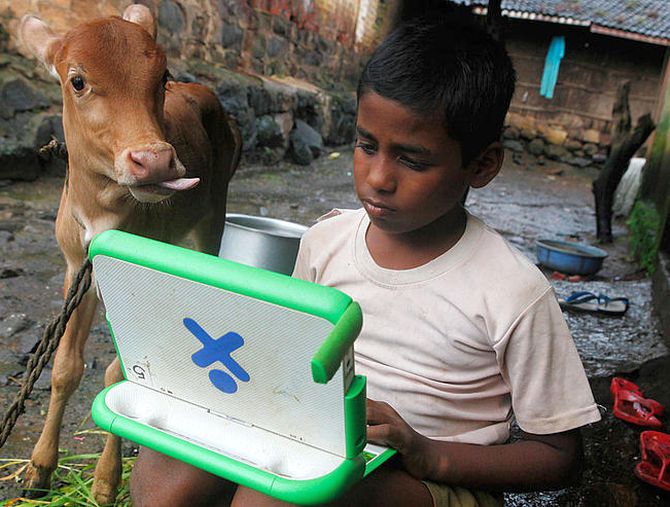 It has been over two decades since the cabinet cleared the BharatNet project, earlier known as National Optical Fibre Network. However, progress of the programme has been slow.

While the government had set the target of connecting 100,000 gram panchayats by 2013, it took another four years to achieve this target in December 2017.

Progress under the current administration has improved, but the government has again missed its targets.

It would take another two years to cover all gram panchayats in the country at the current pace.

The government had set the target to connect all 262,825 gram panchayats by March 2019.

Considering all villages in the country, the completion rate has been less than a third.

As per the statement by the min­i­ster in Rajya Sabha, until March 1, the government was able to connect just 27 per cent of the villages.

A state-wise progress report shows that of the 33 states/UTs for which data is available, 15 had a connectivity rate of less than 20 per cent.

Connectivity ratio is defined as the proportion of villages made service ready under the Bharat Net programme and the total number of villages in the state (see chart 2). Only two states/UTs — Chandigarh and Punjab — had achieved over 90 per cent coverage, and only eight had been able to make over 60 per cent of their villages service ready.

Himachal Pradesh had covered just 2.1 per cent of its villages, and West Bengal had covered 5.9 per cent.

Assam had a connectivity ratio of 5.4 per cent.

Besides most states not achieving even half of the connectivity ratio, another issue is the dip in coverage during Covid.

Data shows that the growth rate in the number of villages connected had declined bet­ween 2020-21 and 2021-22.

In terms of laying down optical fibre, the progress is about a third of what was achieved prior to the pandemic. 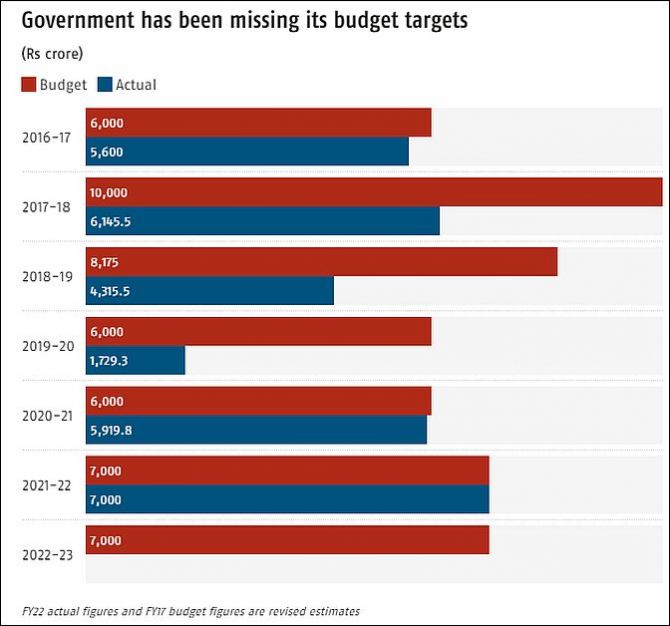 Moreover, a comparison of villages added with Budget data shows that the cost of adding mo­re villages has been rising.

While the government has constantly been missing its budget targets and spending lower than the budgeted amount each year, it has also been paying more for coverage. 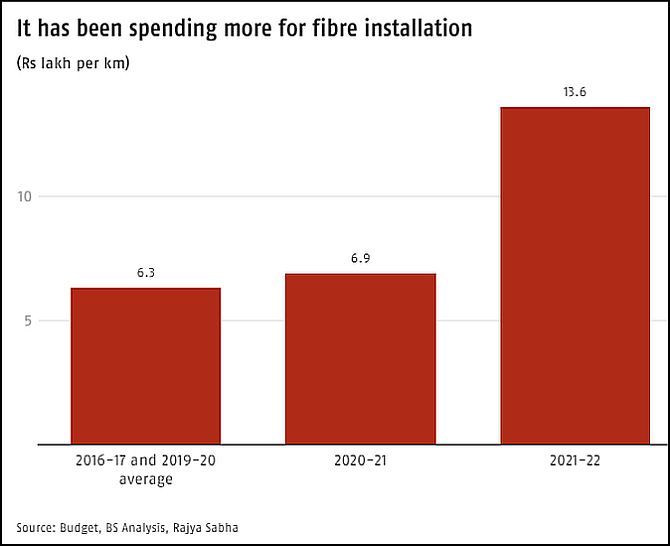