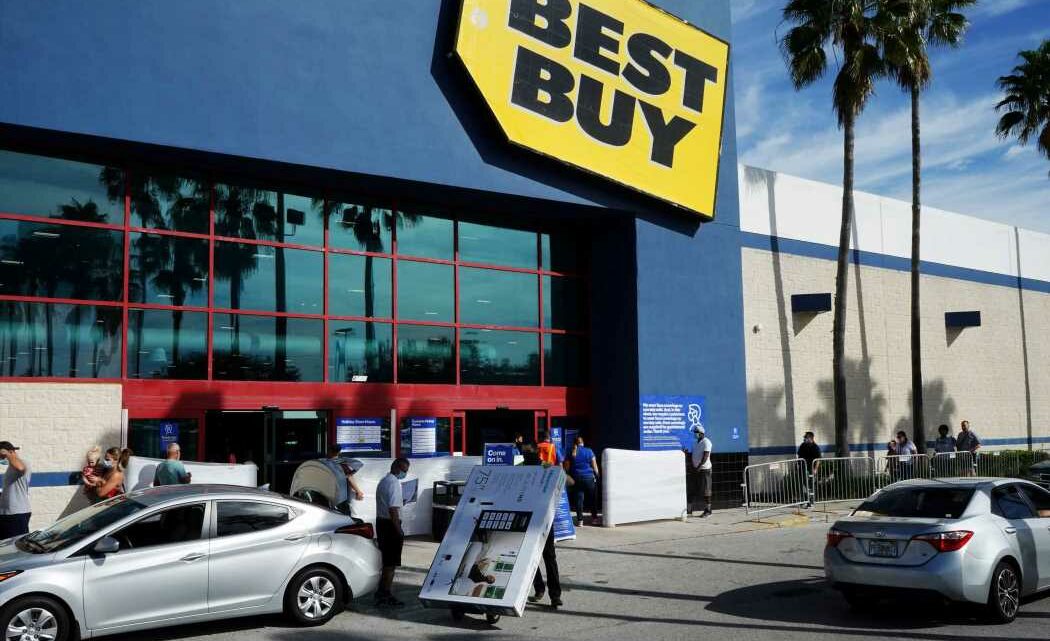 Shares were up 4% in premarket trading.

"There has been a dramatic and structural increase in the need for technology," CEO Corie Barry said in a press release.

Due to the pandemic, she said the retailer now serves "a much larger install base of consumer electronics with customers who have an elevated appetite to upgrade due to constant technology innovation and needs that reflect permanent life changes."

She said the company's sales also benefited from strong consumer spending, government stimulus and higher wages and levels of savings.

Here's what the company did for its fiscal second quarter ended July 31 compared with what Wall Street was expecting, based on a survey of analysts by Refinitiv:

Excluding items, it earned $2.98 per share, higher than the $1.85 per share expected by analysts surveyed by Refinitiv.

Sales online and at stores open at least 14 months, a key metric known as same-store sales, grew by 20% versus the year-ago period. That was higher than the 18.1% growth that analysts expected in a StreetAccount survey.

This story is developing. Please check back for updates.