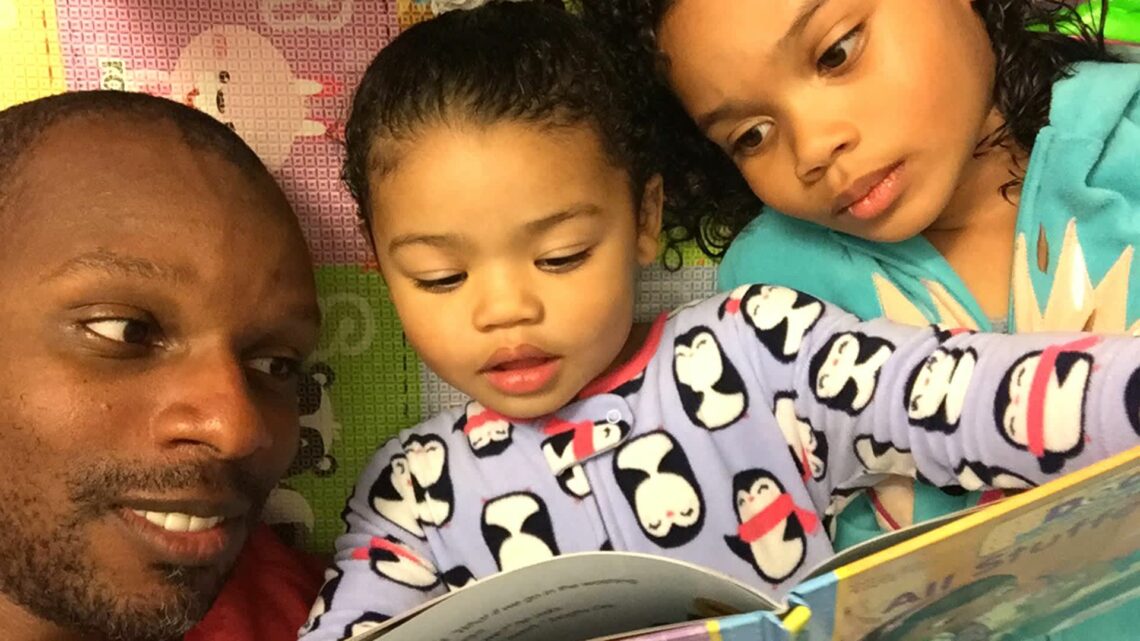 Being a Black man in America 'is exhausting': One dad's take

I bought a house in a nice Los Angeles suburb in 2017, and it didn't take long to notice that none of my neighbors looked like me.

As a matter of fact, to this day I'm still the only Black man who lives on my entire block. Sure, I haven't had anyone call me the N-word to my face and I haven't witnessed any of them rocking white KKK robes during my years here — but that doesn't mean I haven't been on the receiving end of racism and negative racial bias during my time here.

During my first week in my new neighborhood, a white man who lives on my street introduced himself and wanted to learn more about me — but for some reason, he thought it would be funny to play a guessing game as to what my profession was.

Professional athlete? Well, I had been a basketball player in college, but I don't pay my bills that way today. (More on this later.)

Definitely a musician, right? If you ever heard me on the karaoke stage, you would never make that guess.

I was starting to get annoyed at this point, so I decided to tell him that I was an author, keynote speaker and anti-racism facilitator for corporations and schools. His reaction was hardly surprising to someone like me when he said, "No way! I never would've guessed that."

More from TODAY:
Why this dad is teaching kids (and parents!) to be anti-racists
Why raising 'colorblind' kids is actually a terrible idea
How to talk to kids about race and racism

Of course he wouldn't have guessed it — and that's the problem. It could be easy to dismiss my experience as a one-off, but a recent study by Dove Men+Care reveals that it's a trend in America. According to the research, when white men are shown a photo of a Black man, they are more likely to describe him as an athlete over any other profession. Black men are rarely viewed as professionals who use our minds to make the world a better place instead of our bodies.

The study also reveals that when a preconceived bias exists for Black men, we are statistically more likely to be seen as criminals. This is something I'm painfully aware of as I've engaged in some soul-crushing behaviors with the sole purpose of making white people feel comfortable around me. For example, in my recent TEDx Talk I mentioned how I've whistled songs from Disney's "Frozen" when I'm around white people in a dimly lit parking garage or passing them on a sidewalk at night so they don't think I'm a threat. If you think that's utterly ridiculous, it's because it is. Being a Black man in America nowadays means that I constantly have my guard up, and it's exhausting.

My two daughters are 10 and seven, and they're aware of the toll all of this takes on me. It's not just the incorrect assumptions of who I am, it's the people who roll their eyes whenever it's talked about because they don't believe it. Trust me, it's not enjoyable to talk about this — but if it's ignored, nothing will change. We have to confront these uncomfortable truths so my kids and other kids of color can grow up to be whatever they want to be without being placed in a box that doesn't suit them. In other words, I want them to grow up in a world where people aren't shocked if they become doctors, lawyers, politicians, entrepreneurs or marine biologists.

Dove Men+Care has partnered with the NCAA's March Madness basketball tournament to smash unfavorable stereotypes of athletic Black men by showing how versatile, smart and inspirational many of us are. The campaign spotlights former student athletes who have created careers as entrepreneurs, university professors, doctoral candidates and even professional quilters. As a former college hooper, it warms my heart to shine light on the countless stories of Black men using their intellectual talents.

It's not just about Black men. A recent speaking engagement I had at an elementary school will remain etched in my mind forever. After talking to the kids about my profession, all six of the Black boys who listened to me speak approached me to say how much they wanted to be like me someday. One of them said that he didn't know that Black people "were allowed" to be authors and speakers. It was heartbreaking and eye-opening.

The Dove study sheds light on this by illustrating how the positive self-identity of Black boys narrows as they grow older due to negative portrayals in the media and entertainment. In other words, representation matters — and it's difficult to be it if you can't see it.

There's no question that we have a lot of work to do to bridge the racial divide in America, because many Black people in this country are living in fear. Many of us feel uncomfortable in our own neighborhoods and in our own skin — and our kids are noticing it. More importantly, it's not good enough to quietly sit on the sidelines and hope it improves, because it won't. I've often said that fighting racism feels like trying to empty the ocean with a spoon. If that's the case, I hope everyone in America and beyond will show up at the beach to help me, because the humanity of millions of people in this country is on the line. Are you in?

Doyin Richards is a best-selling author, keynote speaker and founder of the Anti-Racism Fight Club, which offers workshops to help corporations and families identify and address racial issues in constructive ways. His most recent book, "Watch Me," tells the story of his own father after he came to the United States from West Africa.

The article "Being a Black Man in America Is Exhausting: One Dad's Take" originally published on TODAY.

Check out: Use this calculator to see exactly how much your third coronavirus stimulus check could be worth