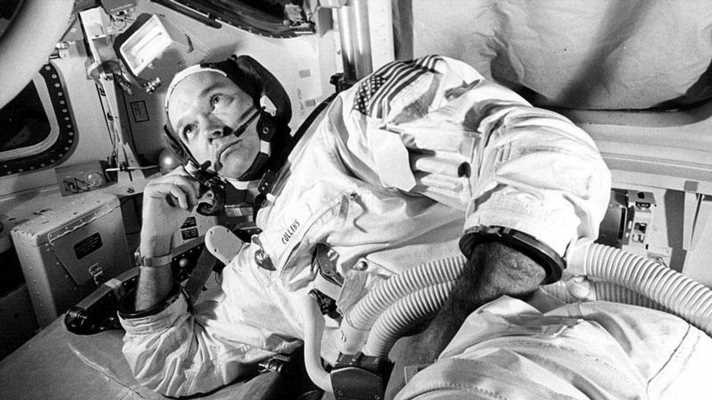 Astronaut Michael Collins, a pilot on Apollo 11’s mission to the moon, dies at 90

BREVARD COUNTY, Fla. – Michael Collins, the NASA astronaut and retired Air Force general who piloted Apollo 11’s mission to the moon, died early Wednesday, according to a statement from his family. He was 90.

Collins launched from Kennedy Space Center with crewmates Neil Armstrong and Buzz Aldrin on July 16, 1969, kicking off an eight-day mission that culminated in a successful landing on the moon.

He was tasked with piloting the Columbia command module while Armstrong and Aldrin descended to the surface in the Eagle lunar module.

“We regret to share that our beloved father and grandfather passed away today after a valiant battle with cancer,” his family said in a statement posted to his official Twitter account. “He spent his final days peacefully with family by his side.”

NASA posted a tribute video for Collins on Twitter, calling the former astronaut an “advocate for exploration” that “inspired generations.”

We mourn the passing of Apollo 11 astronaut Michael Collins, who piloted humanity’s first voyage to the surface of another world. An advocate for exploration, @AstroMCollins inspired generations and his legacy propels us further into the cosmos: https://t.co/47by569R56pic.twitter.com/rKMxdTIYYm

“Today the nation lost a true pioneer,” said acting NASA Administrator Steve Jurczyk in a release. “As pilot of the Apollo 11 command module – some called him ‘the loneliest man in history’ – while his colleagues walked on the Moon for the first time, he helped our nation achieve a defining milestone.”

Aldrin also took to Twitter to say farewell to his astronaut colleague, who briefly became the human farthest from Earth when Columbia swung around the far side of the moon.

“Wherever you have been or will be, you will always have the Fire to Carry us deftly to new heights and to the future,” Alrdin said, referencing Collins’ “Carrying the Fire” autobiography. “We will miss you. May you rest in peace.”

Apollo 11 astronauts Neil Armstrong, Michael Collins, and Buzz Aldrin are seen at Kennedy Space Center's pad 39A before their July 16, 1969 liftoff. In the background is their Saturn V rocket. (Photo: NASA)

Born into a military family in in Rome, Italy, Collins joined the ranks of military test pilots at Edwards Air Force Base in California after graduating from the U.S. Military Academy at West Point. He was formally named to the NASA astronaut corps in 1963.

Less than three years later in 1966, he was orbiting Earth as part of Gemini, the precursor program to Apollo. His Gemini 10 flight shared with command pilot John Young involved three days in space, docking with an Agena target vehicle, and two spacewalks.

And just three years after that, Collins was encircling the moon as Armstrong and Aldrin touched down in the Sea of Tranquility on July 20, 1969.

While the duo spent nearly a full day on the surface, Collins prepared for their rendezvous back in lunar orbit and enjoyed a quiet period of reflection on the far side of the moon.

But he never felt lonely.

“Far from feeling lonely or abandoned, I feel very much a part of what is taking place on the lunar surface,” he said in his autobiography. “I don’t mean to deny a feeling of solitude. It is there, reinforced by the fact that radio contact with the Earth abruptly cuts off at the instant I disappear behind the moon,”

“I am alone now, truly alone, and absolutely isolated from any known life. I am it. If a count were taken, the score would be three billion plus two over on the other side of the moon, and one plus God knows what on this side.”

In-depth: How U.S. economy has performed during Biden’s first 100 days — in 7 charts