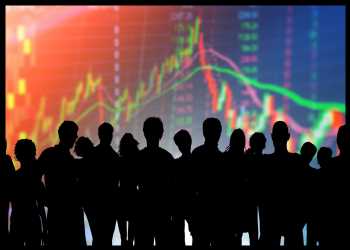 Asian stocks fell broadly on Tuesday, with worries about the potential impact of a widening power shortage in China and Fed tapering signals denting sentiment.

Chinese markets advanced after the People’s Bank of China pledged to ensure a “healthy property market” amid the China Evergrande Group crisis.

Japanese shares ended slightly lower, dragged down by chipmakers and shippers. The Nikkei 225 Index dipped 56.10 points, or 0.2 percent, to 30,183.96 after having rallied over 7 percent so far this month in the run-up to the Liberal Democratic Party’s leadership election. The broader Topix closed 0.3 percent lower at 2,081.77.

In economic news, minutes of the Bank of Japan’s meeting on July 15 and 16 reiterated the need to stand pat on key stimulus tools amid sluggish inflation.

Australian markets fell sharply, with selling seen across the mining, banking, healthcare and retail sectors. Energy stocks continued to benefit from a rally in oil prices caused by supply shortages.

Beach Energy soared 10.5 percent, a day after it signed a deal to sell liquefied natural gas to BP.

Consumer confidence in South Korea picked up steam in September, the latest survey from the Bank of Korea showed today, with a Composite Consumer Sentiment Index score of 103.8 – up from 102.5 in August.

In economic news, new orders for durable goods waltzed past analyst expectations, but much of the gain came from a big jump in aircraft orders.

The Dow edged up 0.2 percent, while the S&P 500 eased 0.3 percent and the tech-heavy Nasdaq Composite shed half a percent.