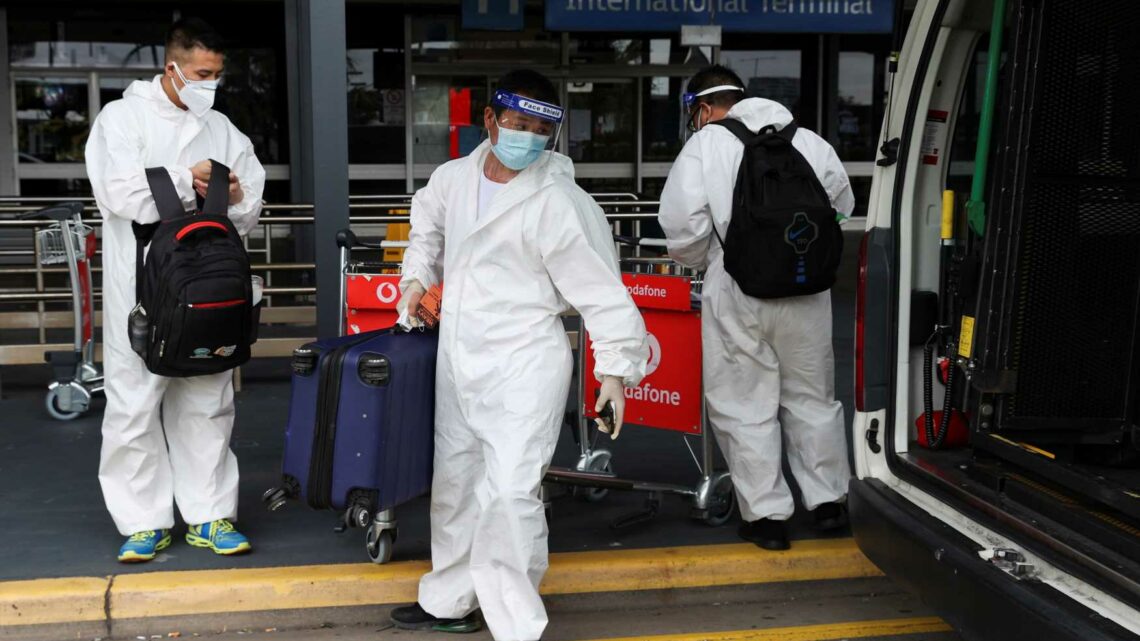 As the omicron variant spreads across the world, here's what we know so far

The heavily-mutated omicron Covid-19 variant has been detected in more countries as governments around the world weigh new travel bans and restrictive measures.

The World Health Organization on Monday said the variant poses a "very high" global risk that could have "severe consequences" given that some of its mutations may sidestep immune protection and suggest greater transmissibility.

However, the South African doctor who first raised the alarm over the new strain, Dr. Angelique Coetzee, told the BBC Sunday that the associated symptoms seen so far have been "extremely mild."

The U.K. has identified nine cases as of late morning on Monday, six of which are in Scotland, while the Netherlands and Portugal have each discovered 13 cases.

Elsewhere in Europe, small numbers of cases have been identified in Germany, Italy, the Czech Republic, Belgium and Austria.

Australia has reported five cases and will temporarily halt the next stage of its plan to reopen borders while more information is gathered on the new variant. Meanwhile, cases have also been found in Canada and Hong Kong.

Scientists around the world are racing to assess omicron's ability to evade existing vaccines and natural immunity, with the WHO saying it will take weeks to fully understand how it will affect diagnostics, therapeutics and vaccines.

Early data suggests the variant is spreading in South Africa more rapidly than previous variants did and that the strain, known formally as B.1.1.529, could be starting to trigger a new wave of infections, according to analysis by the Financial Times.

In a special session of the World Health Assembly on Monday to discuss a new Pandemic Treaty, WHO Director-General Tedros Adhanom Ghebreyesus said the discovery of the omicron variant "underlines just how perilous and precarious our situation is."

He also said South Africa, where the strain was first identified, should be thanked for its detection, sequencing and reporting of the findings, not "penalized" in the form of travel bans.

The U.K. implemented temporary travel ban on six southern African countries on Friday. The U.S. has now restricted travel from South Africa, Botswana, Zimbabwe, Namibia, Lesotho, Eswatini, Mozambique and Malawi. Japan will on Tuesday become the second country after Israel to close its borders to all foreigners.

The WHO urged wealthy nations to share vaccine supply and said vaccine inequity will enable the virus to "spread and evolve in ways we cannot predict or prevent."

Tedros highlighted that more than 80% of the world's vaccines had gone to the G-20 advanced economies, while low-income countries, many of them in Africa, had received just 0.6% of all vaccines.

Even prior to the detection of the new variant, Europe was in the throes of rising cases resulting from the globally dominant and highly virulent "delta" variant, which had sent cases in some countries to record highs and led to the imposition of social restrictions once again.

Dr. Kavita Patel of Brookings Institution told CNBC Monday that it would take approximately one to two weeks for scientists to be able to replicate the virus, and demonstrate whether it can be neutralized by existing antibodies.

Patel suggested travel restrictions would be ineffective and countries should instead focus on testing and isolating cases, since the existing PCR testing apparatus successfully detects the new strain. She also suggested that scientists are optimistic about the ability of existing vaccines to fend off omicron.

"The current vaccines don't just generate these variant-specific antibodies. They try to generate a broad antibody response, and here's where the kind of brilliance of the human body takes place: the B-cells, the cells that make those antibodies, they actually have the ability to tailor antibody responses to incoming threats to your body," Patel explained.

She added that there is compelling data that vaccine boosters can enhance existing immunity, highlighting the need for people to get vaccinated and take boosters when available.