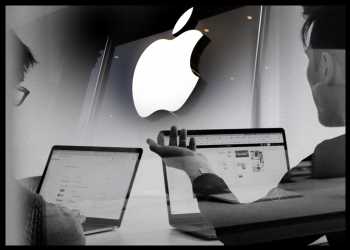 Apple Inc. is delaying its latest plan to ask employees to come back to the office three days a week, but will continue with its plan of two days in office a week, Bloomberg reported.

Citing an internal memo, the report also said the tech major is again requiring its staff to wear masks in common spaces, meeting rooms, hallways, and elevators, as well as at 100 US stores.

The reason behind both decisions is said to be a resurgence in Covid-19 cases.

Apple had dropped its mask requirement in early March for both corporate and retail employees in the U.S. as Covid-19 cases declined and local governments loosened restrictions.

As part of its efforts to return to normal functioning, the company in March had required corporate employees to return to work from the office at least one day per week by April 11, and twice per week by three weeks after April 11.

The company further had required staff to be in office three days a week starting May 23, on Mondays, Tuesdays and Thursdays.

In the memo, the company now said, “… we are extending the phase-in period of the pilot and maintaining two days a week in the office for the time being. For those of you participating in the pilot, if you are uncomfortable coming into the office during this time, you have the option to work remotely. Please discuss your plans with your manager.”

CEO Tim Cook’s initial announcement regarding the hybrid model was nearly a year ago, but it was delayed until April this year due to the repeated resurgence in COVID-19 cases.

Meanwhile, the employees have been objecting to the hybrid office return plan, saying that it limits productivity. They pointed out that commute time takes away hours that could be put toward their work.

In early May, in an open letter to the iPhone maker’s executive team, a group of Apple employees complained about its new policy, which only allows two days of working from home. The employees alleged that the policy is wasteful, inflexible and will lead to a “younger, whiter, more male-dominated, more neuro-normative, more able-bodied” workforce.

Employees recently organized a push for real change in the company claiming “a pattern of isolation, degradation and gaslighting,” and even created an #AppleToo movement.