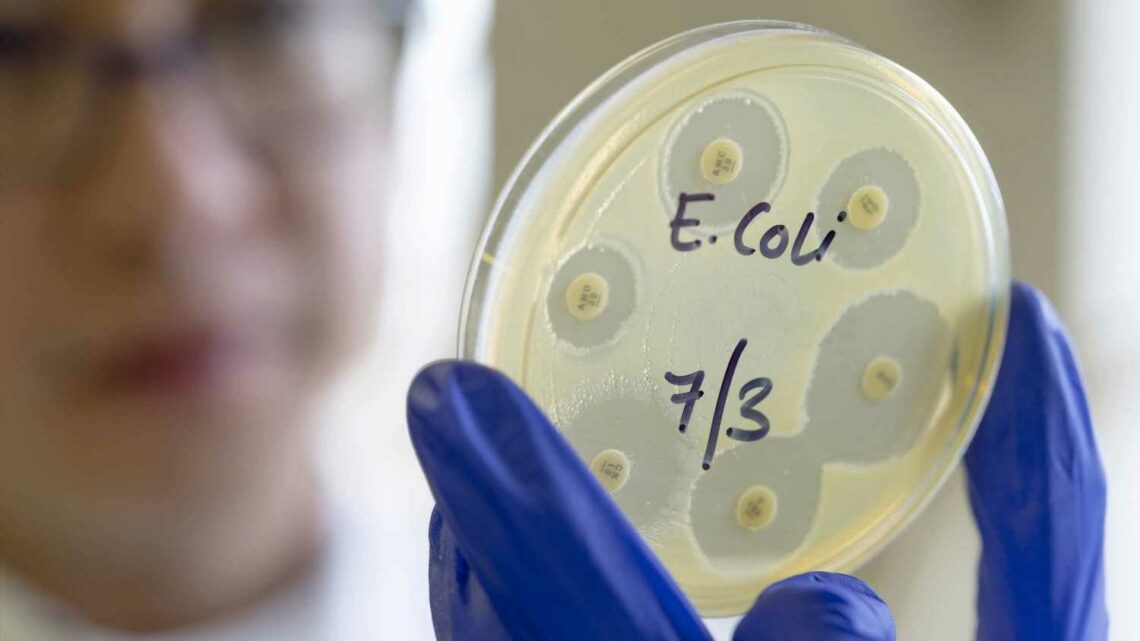 LONDON — The coronavirus pandemic grabbed the world's attention in early 2020 and has failed to let go ever since, but U.K. experts are warning that antibiotic-resistant infections, often described as a "hidden pandemic," should be the next big concern.

One in five people in the U.K. with a bloodstream infection in 2020 had an antibiotic-resistant one, according to the U.K Health Security Agency, and that was even after a decline in the number of antibiotic resistant infections recorded in 2019.

There are now fears that, as winter approaches and we slowly emerge from the global Covid-19 outbreak, antibiotic resistance could increase again.

"Antimicrobial resistance has been described as a hidden pandemic and it's important that we do not come out of Covid-19 and enter into another crisis," Dr. Susan Hopkins, the chief medical advisor at the UKHSA, said Wednesday.

"It is likely that Covid-19 restrictions in 2020 including enhanced infection, prevention and control measures … played a part in driving down antibiotic resistance and prescribing. While these measures were severe, serious antibiotic-resistant infections will rise once again if we don't act responsibly and that can be as simple as regular and thorough handwashing."

Antibiotics are vital for the treatment of bacterial infections that cause pneumonia, meningitis and sepsis and modern medical care often relies on them as they protect against infections during common medical interventions such as chemotherapy, caesareans and other surgeries.

Problematically, however, antibiotics have often been prescribed to treat coughs, earache and sore throats where they may have little or no effect.

Worse still, the prescription of antibiotics when they were not effective or necessary has led to the emergence of antibiotic resistance, which occurs when bacteria no longer respond to antibiotics, potentially causing serious complications, including bloodstream infections and hospitalizations.

The UKSHA's Hopkins added that taking antibiotics when you don't need them only puts you and your loved ones at more risk in the future.

"As we head into winter, with increasing amounts of respiratory infections in circulation, it's important to remember that antibiotics are not needed for many cold-like symptoms. Stay at home if you feel unwell," she said.

During the Covid pandemic, antibiotic resistant bloodstream infections fell. New data published by the UKHSA on Wednesday showed such infections falling from 65,583 in 2019, to 55,384 last year.

The decline was "largely driven by a reduction in recorded bloodstream infections overall, likely due to less social mixing, enhanced hand hygiene and changes to healthcare access and delivery," the UKHSA said in a statement on Wednesday.

With one in five people with an infection in 2020 having an antibiotic-resistant one, the UKHSA has warned that the data "suggests that resistant infections are likely to rise in the post-pandemic years and will require ongoing action."