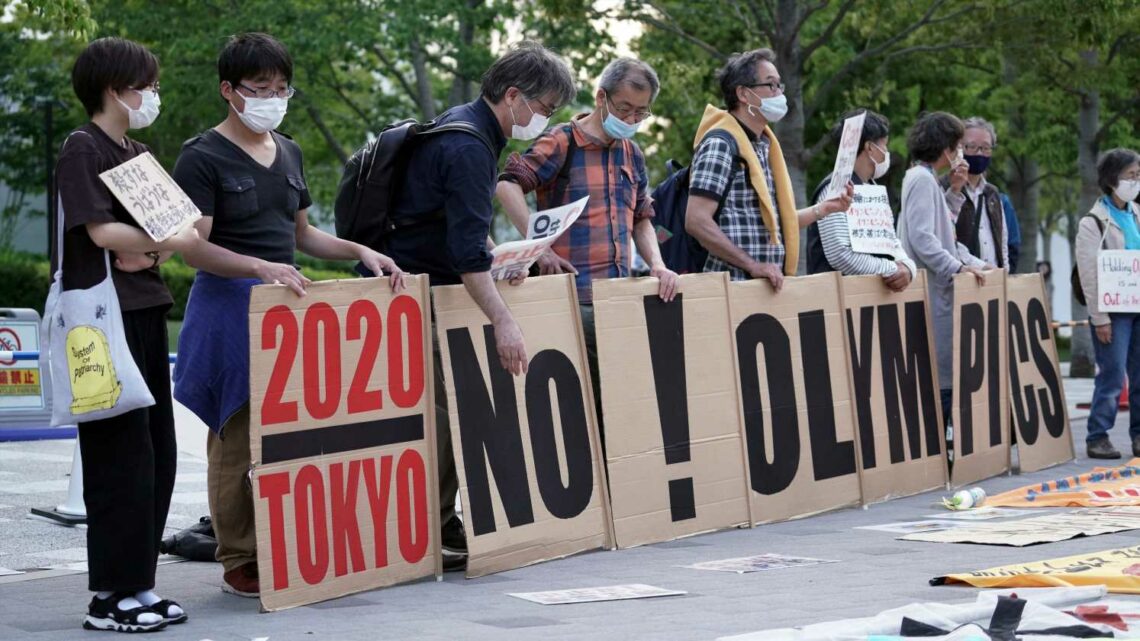 An anti-Olympics protestor posed as a reporter and interrupted a news conference hosted by the International Olympic Committee on Wednesday.

The man, who portrayed himself as "David O'Brien from Yahoo," obtained access to the virtual news conference with IOC spokesperson Mark Adams following an executive board meeting.

When given the floor to ask a question, the man appeared on camera holding a black banner or scarf that read "No Olympics in Tokyo 2020."

A protestor manages to get the last question in today’s IOC video press conference. He says “No Olympics anywhere, **** the Olympics” a few times before being cut off. pic.twitter.com/mLF9CxlTCJ

The man's video feed was promptly cut by the IOC's media team. Adams noted that IOC president Thomas Bach, who regularly fields questions from reporters in virtual news conferences, was not on the call.

"That probably would have made that stunt a little more interesting," Adams said. "I’m used to it."

The disruption served as the final question of the news conference.

The IOC streamed the news conference on its YouTube page but took down the video minutes after it ended.

Wednesday's stunt comes amid growing consternation in Japan regarding this summer's Tokyo Olympics, which are scheduled to begin July 23.

Multiple Japanese news outlets have published polls in which the majority of respondents have indicated they would prefer that the Games be canceled or postponed due to COVID-19. And an online petition in Japan calling for the Olympics to be canceled has garnered tens of thousands of signatures.

What is Tomi Lahren's net worth?

Why Wait For PoS When It's Already Here
Technology