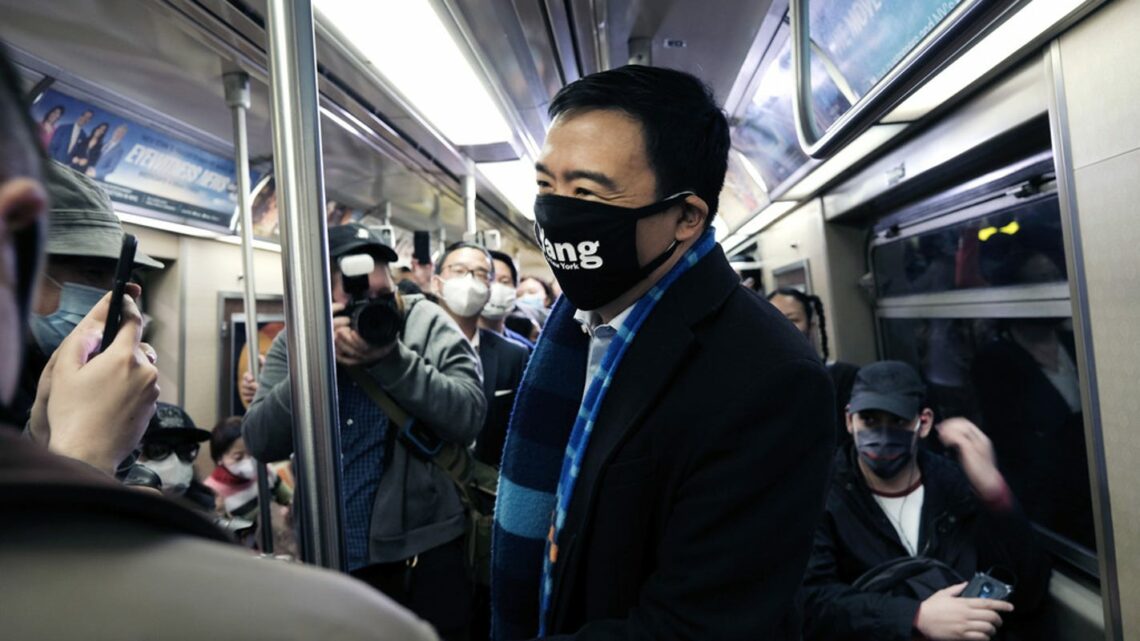 NEW YORK – What started as Internet jabs at mayoral hopeful Andrew Yang for saying his favorite subway stop is Times Square is now drawing condemnation as racist after a stereotyped cartoon depicted Yang as a tourist.

Yang made the comment in an interview with Showtime host Ziwe that published Monday when asked about his favorite subway station.

Throughout his campaign for New York City mayor, the former Democratic presidential candidate has faced continued and sharp criticism from competitors and commentators that he is an outsider and not a true New Yorker. That sentiment was repeated once again after Yang praised the heavily tourist-trafficked station.

“Your favorite subway station is Times Square?” Ziwe interjected after Yang made the remark.

i asked andrew yang what his favorite subway station is pic.twitter.com/WKBuXy0EZK

Like some of Yang’s other comments – such as when he admitted to leaving the city to spend time in New Paltz in the Hudson Valley during the COVID-19 pandemic or to not voting in past mayoral elections – many social media users in New York attacked Yang for being out of touch with the city.

Comments directly called Yang “not a New Yorker” or compared him to Michael Scott from NBC’s “The Office,” who infamously called Sbarro’s his “favorite New York pizza joint.”

Yang was born in Schenectady and grew up in Westchester County, just north of the city, and lives in Hell’s Kitchen in Manhattan.

Adding to the reaction was a New York Daily News cartoon that depicted Yang emerging from the subway station with his arms raised and a souvenir shop worker commenting, “The tourists are back!”

However, the cartoon quickly faced pushback.

Evelyn Yang, the candidate’s wife, called the image a “racist disfiguration” of her husband and noted the stark rise in anti-Asian hate crimes in the city in recent months.

“This is disgusting and wrong,” added AAPI Victory Alliance, a progressive advocacy group for Asian Americans and Pacific Islanders.

Even one of Yang’s competitors, Maya Wiley, denounced the cartoon. “@AndrewYang should not have to endure this. No New Yorker who is Asian or Pacific Islander should,” she tweeted.

In a statement, Yang’s campaign spokesperson Alyssa Cass said of the reaction to Yang’s subway station comment, including the cartoon: “It’s hard to tell what offends them more – that his family has lived near that subway stop for 25 years or that he’s an Asian American.”

A spokesperson for Tribune Publishing, the parent company of the Daily News, did not immediately respond to USA TODAY’s request for comment.

Yang also planned to hold a news conference Tuesday to address both the cartoon and a recent subway attack on an Asian American man.

Yang is one of eight major Democratic candidates and a frontrunner vying for a primary win in June to become the city’s mayor. The winner of the Democratic primary is expected to win handily in the general election.