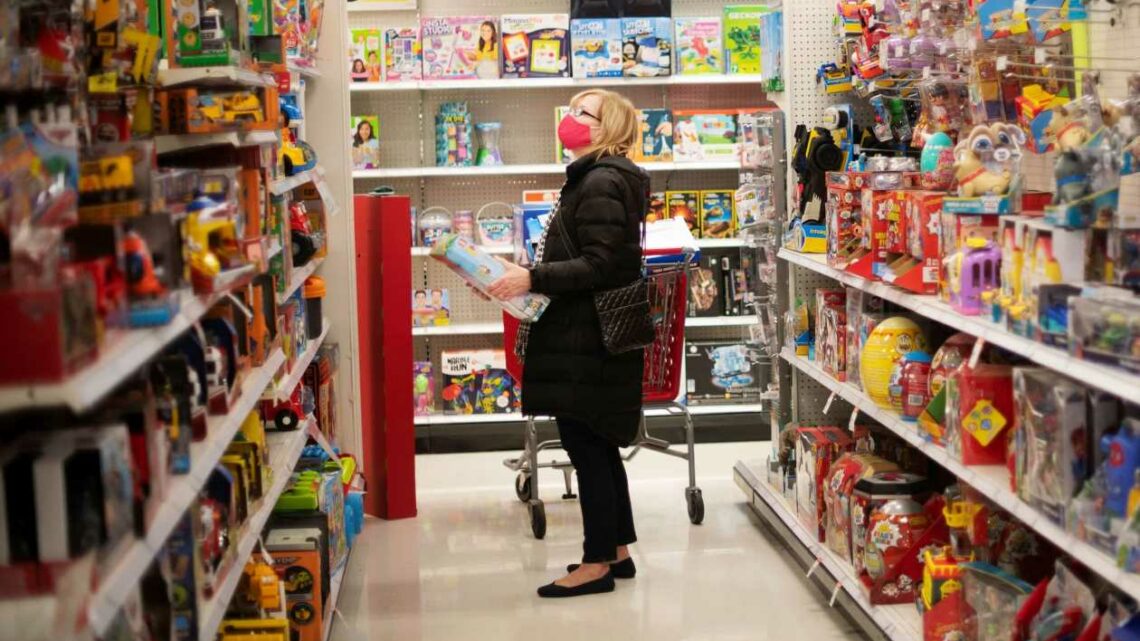 An ocean full of containers: How toy companies are grappling with shipping delays this holiday season

Even from the porch of his home in Malibu, toy executive Isaac Larian can't escape this holiday season's biggest business challenge. He can see a long line of container ships idle at the Port of Los Angeles, about 70 miles away.

Larian, CEO of MGA Entertainment, said the congested port has been a persistent view off the California coast since at least May. As he tries to relax and watch the sunset, it's a constant reminder of the many toys that have yet to arrive. The delay in unloading the ships could jeopardize whether parents can buy the toys in time to wrap up and tuck under the Christmas tree. If they miss the opportunity, toys could linger on shelves with clearance stickers deep into the winter.

He said the company, the maker of LOL Surprise, Rainbow High and Little Tikes, currently has enough inventory to meet around 65% of its outstanding orders. He said MGA Entertainment anticipated 50% sales growth this year, but now expects to grow by 18% to 20%. He did not share specific revenue numbers because the company is privately held.

Larian is just one of many toy manufacturers grappling with a massive bottleneck in the global transportation pipeline caused by the coronavirus pandemic and worsened by the blockage of the Suez Canal in March. Shipping containers that once cost $3,200, now sell for north of $20,000, Larian said. And even when containers are unloaded, there aren't enough truckers to deliver those shipments.

Power outages in China, a resin shortage and higher labor costs have also strained the supply of goods and increased prices.

"It's a really, really complex set of problems that has a chain effect and I'm afraid that this will continue for a long time," Larian said.

No company is immune. Larger ones do have more resources. Home Depot and Costco have gone so far as to contract dedicated container ships to expedite their orders. Larger companies also have the cash to place orders well in advance of when the items are needed. Hasbro and Mattel didn't respond to a request for comment for this story, but executives have stressed the big toy companies are better equipped to handle these challenges.

At a Goldman Sachs conference in late September, Hasbro CEO Brian Goldner said it is "using all kinds of tactics and techniques to ensure that we will have the product that we need." That includes nearly doubling the number of ports it's using in the U.S. and adding a number of new ports in Asia, he said.

Hasbro expects some toys will be delayed, arriving in the beginning of the fourth quarter instead of the end of the third, but toys will be on shelves in time for the peak shopping season, he said.

"We believe we'll have all the products, albeit, maybe we'd like a little more product in certain categories but we'll have the product for the holidays," he said.

Those products will be more expensive. At that same investor conference, Mattel CEO Ynon Kreiz said it was raising toy prices to cover the higher costs, but didn't expect that to dampen demand.

"We believe the toy industry as a whole will remain a strategic category for retailers," Kreiz said. "Items are not expensive. And parents forever will prioritize spending money on their children, especially when it comes to quality products and trusted brands."

The NPD Group, a market researcher, estimates overall holiday spending in November and December will rise 3% from last year, and 5% if the season is expanded to include October and early January. Meanwhile, consultants Bain and Deloitte each estimate that holiday sales will grow at least 7% and reach around $800 billion.

Industry analysts said there isn't a singular must-have holiday toy this year. Instead, they foresee consumers gravitating towards items that were most-loved during lockdown.

"There are a few character-driven [toys], with Batman, Grogu, Paw Patrol and Frozen out there," said Nikki Baird, vice president of retail innovation at Aptos, a retail technology company. "But more emphasis [is] on sensory play like kinetic sand, water toys, Legos, fidget toys. And also toys that promote exploratory kind of play."

Parents, who wait to shop sales in late November and December, will want to get their hands on their kids' wish lists sooner this year.

"If you kid has their heart sent on something, go buy it now," said Steve Pasierb, CEO of the Toy Association. "Don't wait."

Last year, retailers encouraged shoppers to grab gifts early due to the pandemic. Amazon, Target and Walmart, among others, began holiday sales events in October. But even then, the bulk of sales happened in December. Although a small portion did shift forward, according to NPD.

About 16% of fourth-quarter toy sales were made in October, up 3% from 2019, NPD said. Toy sales rung up in December 2020 represented 55% of the total fourth-quarter haul, down 3% from the year prior.

That 3% swing means that around $400 million in toy sales were purchased earlier in the season last year, as the toy industry saw sales hit $11.5 billion during the holiday quarter.

To cope with the tight inventories, retailers are placing bigger bets on fewer items, according to Pasierb. It was a strategy that was in use for the back-to-school season as well, and it will likely mean fewer choices for consumers.

Toys that have been popular during the pandemic may be hard to find, too. Neil Saunders, managing director of GlobalData Retail, said he's noticed out-of-stocks and less inventory of crafting and "to-do" toys that parents used to keep kids entertained. He's noticed gaps with fidget toys, plush toys and dolls, too.

On the other hand, he said, numerous LOL Surprise blind bags — wrapped-up packs with small, collectible toys hidden inside — can fit inside of a 40-foot container or get shipped on a plane.

The company's fashion dolls, which are labor-intensive to manufacture, will also be in short supply. Larian said that the MGA's average cost for producing a toy is up 22% compared with last year.

Larian said the supply chain has numerous broken links, not only in China — but also in the U.S. For instance, he said, there aren't enough truckers to move containers once they hit the shore and workers for domestic manufacturing facilities.

MGA Entertainment owns Little Tikes, an Ohio-based toy company. He said the company's wages have increased 60% as it struggles to fill manufacturing jobs.

Target said it will also emphasize its toy department this holiday season by roughly tripling the number of Disney shops inside of Target locations and collaborating with FAO Schwarz on a limited time collection.

Higher labor and transportation costs will have a ripple effect for customers, too. A recent Salesforce report estimated that prices could rise as much as 20% this holiday season.

"There will be some deals, but supplies are short and retailers won't want to do massive deals on toys," Saunders said. "It'll be a more expensive holiday."

A new report from The NPD Group indicates that 29% of consumers in the U.S. plan to spend more on holiday shopping this year compared with last.

While prices may be higher this year, they will be presented as discount, said Aptos' Baird.

"Retailers know they're competing with other retailers for a limited share of consumer wallets – a one-time, seasonal spend," she said. "Since retailers are competing with each other for this share of spend, I expect there will still be promos offered, even when there is limited supply."

If retailers don't have the toys that shoppers want, stores could miss sales in other merchandise categories, said Larian, explaining that retailers often use toys as a "loss leader" to lure in consumers.

"Toys are an emotional purchase," he said. "Toys bring foot traffic to stores because as the mother or grandmother or grandfather, when you go to a Target or a Walmart or even go on Amazon to buy toys, you eventually end up putting more things than just that toy in the basket."

Larian said retailers will take the hit this holiday, if merchandise isn't on shelves in time. Then, he said, toy companies will suffer in the following quarters as retailers try to sell through the products in warehouses rather than placing more orders.

"Christmas is Dec. 25," Larian said. "If we don't get the merchandise on the shelves before then, then the sales drop off substantially after that. These toys are already made. The inventory hangover will go to January, February, March, April, if not longer. The warehouses will be full of merchandise."

These are the countries historically responsible for the climate emergency
Technology