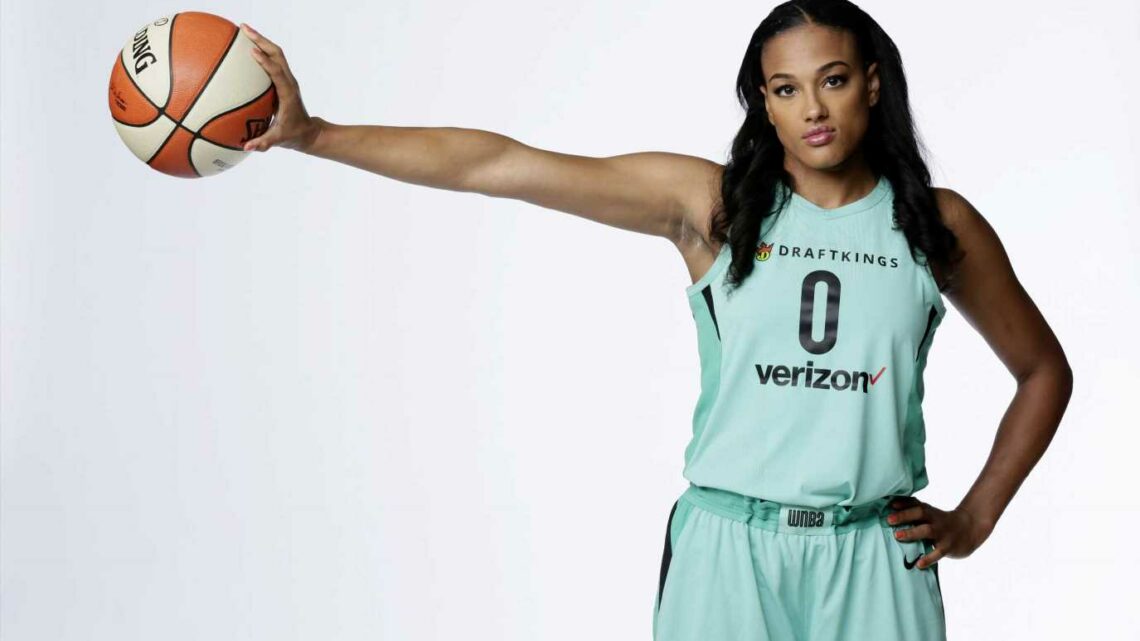 An ex-WNBA star on ditching her rituals and becoming financially savvy: 'We aren't making the hundreds of millions'

This story is part of the Top of the Game series, where CNBC Make It delves into the habits, routines and mindsets that top athletes use to achieve peak performance and success.

Unlike some rookie NBA players, former WNBA star Marissa Coleman didn't blow her rookie contract when she signed with the Washington Mystics as the No. 2 overall draft pick in 2009.

That's because she was making around $60,000 a year. "We aren't making the hundreds of millions like our male counterparts are," Coleman, 34, tells CNBC Make It.

Instead, Coleman, who won a college national championship at the University of Maryland in 2006 and retired from the WNBA in 2018, says she learned to be financially savvy early on. That meant finding additional streams of income — which, like most WNBA players, involved going overseas during her offseasons to make a majority of her money.

Coleman says most players can make six figures by playing in countries like Italy or Spain for roughly eight months each year. "Big names in our sport can go over there and make anywhere from $900,000 to $1.5 million," she adds.

She also bet on unconventional investments. In 2016, for example, Coleman and fellow WNBA star Alana Beard invested in a Mellow Mushroom pizza franchise in Roanoke, Virginia. "I knew I wasn't going to make $100 million, so I found ways to set myself up while I was playing," Coleman says.

But the pressures of piecing together a financially comfortable living as a WNBA player were challenging. Coleman battled years of loneliness working overseas. Her deeply ingrained pre-game rituals threatened to derail her focus and competitive mentality.

How Coleman's dad instilled an ironclad work ethic within her

I wrote a letter to my dad when I was 11 years old, and I put it on his pillow before I left for school. In the letter, I told him I wanted to be the best basketball player in the world.

When I got home from school that day, [my dad] had the letter on the counter. He pointed to it and he said, "Marissa, do you what this means? Do you know what you are going to have to sacrifice if you want to achieve these lofty goals?"

He said it comes with a lot of sacrifices, hard work, sweat and tears. It was a pivotal moment: It really laid it all out on the line for me, and put things in perspective.

And I never looked back. From that day on, before and after school, I was out in my backyard shooting [baskets].

[Playing overseas] was a huge adjustment because you're isolated. You go into these foreign countries and you don't speak the language. You're alone. You might not even have another American on your team. You're thrown into this new world, and you have to adapt and figure it out.

My first couple of years, I was just doing my job. I would go to practice and I would come back home. I would Skype my family and my friends, and then go to practice, and do it over again. I can be shy. I'm not very outgoing. I think I'm an introverted extrovert, I don't know.

As I got older, I understood the opportunity better. I started making friends on the team. Once I trust you and you're in my circle, I'm a much different person. I started stepping out of my comfort zone a little more — talking to more people, immersing myself in the cultures and learning as much as I could. It's a skill, and it's a skill I'm still working on.

The experience overseas changed for me. I started making the most out of it.

How ditching the rituals helped her master her competitive mindset

I was really superstitious in high school and college.

I had to listen to the same songs in the same order before a game. I also to put my left shoe on first and my right shoe on second — I actually still do that today, out of habit. I didn't want anyone in my family to ever wear one of my jerseys to the game, because the one time that did happen, we lost a big game. So it was forbidden.

But once I got to the professional level, I realized that if I kept that up, it was going to be more detrimental than anything. If one thing throws off that routine, then it throws everything off.

At the professional level, it's more mental than anything. In the WNBA, everybody is talented. What separates the good from the greats is [their] mentality.

One of my best friends, [ex-WNBA player] Alana Beard, got this advice from her college coach at Duke University: Sometimes you can want something so bad that you have such a tight grip on it that it ends up slipping through the cracks.

After she gave me that advice, it clicked. I didn't stress about my pregame routine anymore. I just took my freaking nap, ate my pregame meal, and went to the game. It helped me focus, because I wasn't putting all this outside pressure on myself.

I was able to go into the game and trust my training — trust that I've put in the hard work.

This interview has been edited for length and clarity.

Don't miss more from Top of the Game:

3-time Olympic gold medalist Ryan Murphy: Why being the best can be lonely, plus his hack to handle high pressure