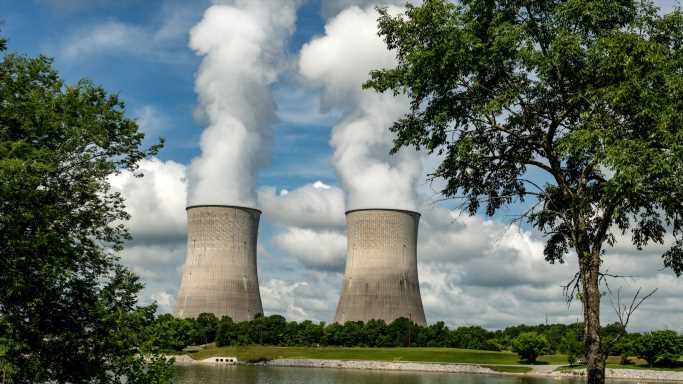 To address the ongoing climate change crisis, the Biden Administration set a target for the U.S. to have a net-zero emissions economy by 2050. Achieving this goal will require a carbon-pollution-free energy sector – and making the transition will not be easy. (Here is a look at the fastest growing and shrinking clean energy jobs).

Energy production is a hot-button political issue in the climate change era, and one of the more controversial topics is nuclear power. Nuclear power plants generate nuclear waste, which cannot be destroyed and requires long-term storage. Additionally, as accidents at Three Mile Island in 1979, the Chernobyl plant in Ukraine in 1986, and the Fukushima plant in Japan in 2011 have demonstrated, malfunctions can be catastrophic.

Every nuclear power plant on this list has an estimated maximum power generation capacity of at least 1.97 gigawatts, and generates that with relatively little space. Wind farms, for example, require 360 times more land area than a nuclear power plant to produce the same amount of electricity.

Market forces have caused several large nuclear plants to close operations in recent years. One of the plants on this list, Diablo Canyon in California, is slated for retirement by the end of 2025.

Dozens injured in riots in Sweden after planned Koran burnings