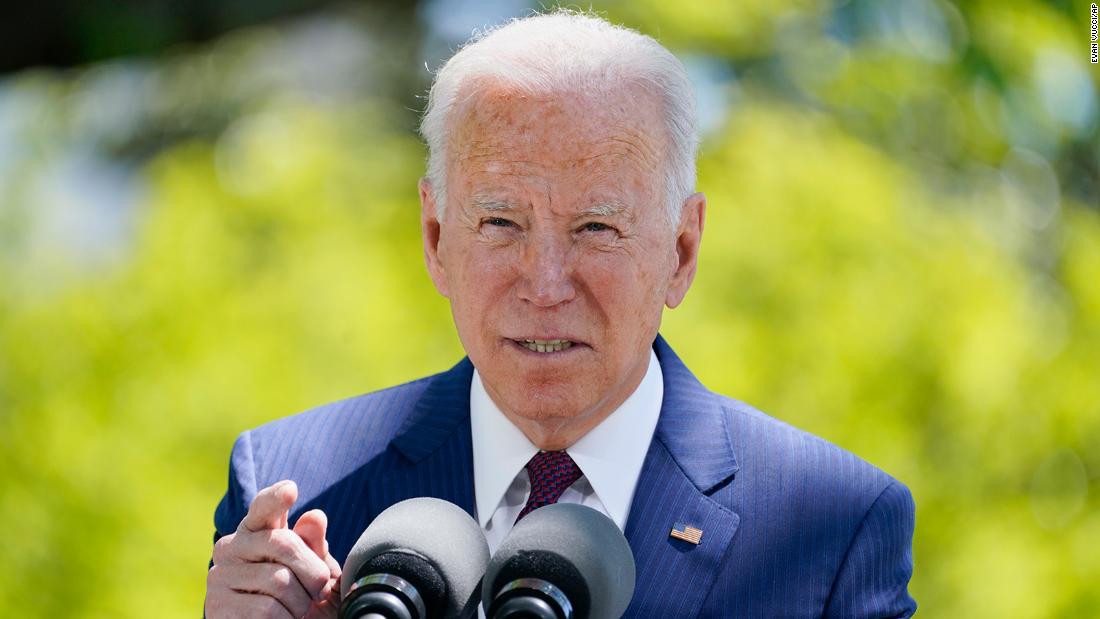 (CNN)On the cusp of the 100-day mark of Joe Biden’s presidency, a new CNN Poll conducted by SSRS finds 53% of Americans approve of the way he is handling the job and say he has had the right priorities, and 59% say he is doing a good job keeping his campaign promises.

Biden earns broad approval for his handling of the defining issue of the last year of American life, the coronavirus pandemic. Overall, 66% approve of his handling of it, up 6 points since early March. He earns near universal approval on the issue from Democrats (97% approve), 65% approval among independents, and 30% approval from Republicans — 16 points higher than GOP approval for Biden on any other issue tested in the poll.

The poll suggests Americans are starting to see signs of life in an economy that has been stalled for much of the last year. Most, 54%, say economic conditions are very or somewhat good, up from 43% who felt that way in January. And nearly 6 in 10 say they expect the economy to be in good shape a year from now (58%).

Vice President Kamala Harris also holds a 53% approval rating in the poll. Her disapproval number is lower than Biden’s (37% disapprove of Harris, 43% Biden), and a larger share say they are unsure how they feel about her work.

There is a stark gender gap in views of Harris, the first woman to become vice president: 58% of women approve of her handling of the job compared with 48% of men. That is nearly identical to the gender divide in Biden’s numbers as well, but Harris’ ratings feature gender gaps among Democrats and independents that are not there for Biden. Among Democratic women, 94% approve of the way Harris is handling her job, and 88% of Democratic men agree. And most independent women approve (52%), while only 46% of independent men do. For Biden, there are just 2-point gaps by gender among Democrats and independents. 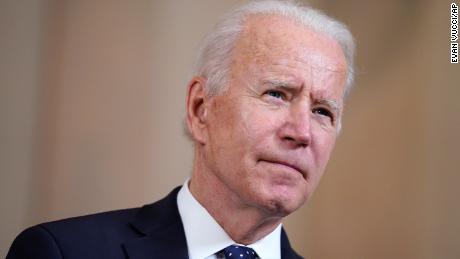 Biden’s overall numbers are on the lower end for presidents elected to their first term in office at the 100-day mark, and they are even more sharply divided by party than any of his recent predecessors. Biden’s 53% approval number is similar to Bill Clinton’s 55% in 1993, and just one newly elected president since 1952 had a worse overall approval rating — Donald Trump, who clocked in at 44% approval in April 2017. But there are signs in the poll that, despite the partisan divisions, some impressions of Biden and his presidency are more positive than for his recent predecessors.
The 53% who feel Biden has had the right priorities is higher than the share who said the same about Trump, George W. Bush or Clinton early in their presidencies. It is slightly below the 63% who said the same about Barack Obama. Likewise, the 59% who say Biden is doing a good job keeping his promises outpaces that share around the 100-day mark of either Trump’s (48%) or Clinton’s (33%) presidency. More, 68%, felt Obama was doing a good job keeping his promises.
And majorities see positive traits in Biden. Most say he cares about people like you (57%) and that he can manage the government effectively (56%), two traits that were central to Biden’s campaign messaging. Slightly fewer say Biden will unite the country and not divide it (53% feel that way) or that he can bring the kind of change the country needs (51%). Fifty-four percent see Biden as honest and trustworthy — well ahead of Trump’s 37% at this stage, but far behind Obama, Bush or Clinton in their respective first years. And 52% say Biden inspires confidence.
But the division by party is extreme. There is an 86-point gap between Democrats and Republicans on his overall approval, compared with a 77-point gap for Trump at his 100-day mark, 62-point gaps for Obama and Bush, and a 57-point gap for Clinton.
The pattern carries through to nearly every question about the President: While 41% of Republicans in 2009 said that Obama was doing a good job keeping his campaign promises, just 20% of Republicans say that about Biden now, even though their results among Democrats are identical. And while Clinton’s overall empathy number at the 100-day point of his time in office outpaces Biden’s by 7 points, Democrats are actually more likely now to say that Biden cares about people like them than they were about Clinton then (93% for Biden, 87% for Clinton) and Republicans are sharply less likely to describe Biden that way (11% of Republicans feel Biden cares about people like them, 44% of Republicans said Clinton did).
Biden’s weak points in the poll come on immigration (41% approve) and gun policy (40% approve), two issues where his approval rating among his own partisans drops significantly (75% of Democrats approve on gun policy, 72% on immigration).
Nearly 8 in 10 Americans say the current situation at the US-Mexico border is a crisis (78%), and 65% say they disapprove of the way the US government is treating migrants attempting to cross that border. Those figures are similar to the results of a June 2019 poll, but the partisan dynamics behind those views have shifted.
Republicans remain more likely than Democrats to consider the situation at the border a crisis, but now, under a Democratic president, 91% say it’s a crisis, compared with 82% in 2019 when Trump was at the helm. Among Democrats, the share who called it a crisis is about the same as it was then (70% in 2019, 69% now). And disapproval for how the government is treating those migrants has shifted dramatically. In 2019, 28% of Republicans disapproved of the government’s handling of those attempting to cross the southern border, now 67% disapprove. Among Democrats, disapproval has dropped from 93% in 2019 to 59% now.
Most Americans, 64%, say they favor allowing refugees from central American countries to seek asylum in the United States, similar to the share who felt that way in 2019. There has been little change in the partisan split on this question: 82% of Democrats and 68% of independents favor allowing them to seek asylum, but just 32% of Republicans agree.

The methodology and weighting for this poll have been modified compared with CNN polls conducted before 2021. Interviews conducted on cell phones made up 75% of the total, up from 65% in prior surveys. Dialing extended over six days rather than four days, allowing for more effort to be made to contact those who are not easily reachable. Demographic weighting was adjusted to account for more discrete education categories broken out by race, and a geographic weight was applied to ensure representative distribution by population density. In addition, results were weighted for partisan identification and lean among independents, with targets computed using an average of the current poll plus four recent CNN polls.
The new CNN Poll was conducted by SSRS April 21 through 26 among a random national sample of 1,004 adults reached on landlines or cellphones by a live interviewer. Results for the full sample have a margin of sampling error of plus or minus 3.6 percentage points.
Source: Read Full Article

US Catholic bishops may press Biden to stop taking Communion