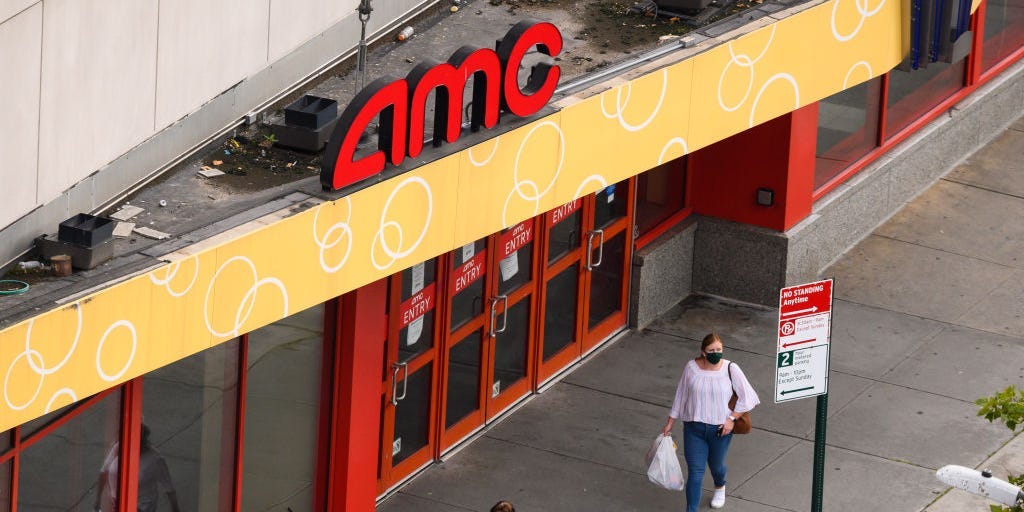 AMC Entertainment soared as much as 23% on Wednesday after the company unveiled plans to have 420 of its theaters operational by the weekend.

The sum represents 70% of all US AMC locations, the company said in a press release. The theater chain aims to open more than 140 theaters this week, with most of the reopenings arriving before the Thursday release of Christopher Nolan’s new film “Tenet.”

The company will reopen California theaters for the first time on Friday, starting with seven theaters in and around San Diego. Additional reopenings are set to be announced in the coming weeks, AMC said.

Read more: A scrappy VC reveals the 3 big advantages to finding startups in small towns across America instead of major tech hubs like Silicon Valley

“Tenet” represents the first major attraction for moviegoers since the coronavirus pandemic shut down theaters around the country. The Russell Crowe-led thriller “Unhinged” reached theaters last week but has pulled in only around $9 million domestically at the box office.

AMC and other theater chains have taken on roles as so-called reopening stocks for investors betting on a recovery from the pandemic. Positive vaccine developments and falling new case counts have propped up the group in recent weeks. Travel and hotel stocks join theater chains in the new category.

The Wednesday gains follow an even steeper rally on August 13 when AMC announced its first theater reopenings. The company resumed showings across more than 100 theaters on August 20. To celebrate the theater chain’s reopening, AMC lowered ticket prices to 15 cents — the same they cost when AMC was founded in 1920. Shares surged as much as 24% on the news.

US manufacturing grows at fastest rate in nearly 2 years, backing up hopes for V-shaped rebound

GOLDMAN SACHS: Female portfolio managers are outperforming their male counterparts so far in 2020. These are the 25 stocks they own the most compared to men. 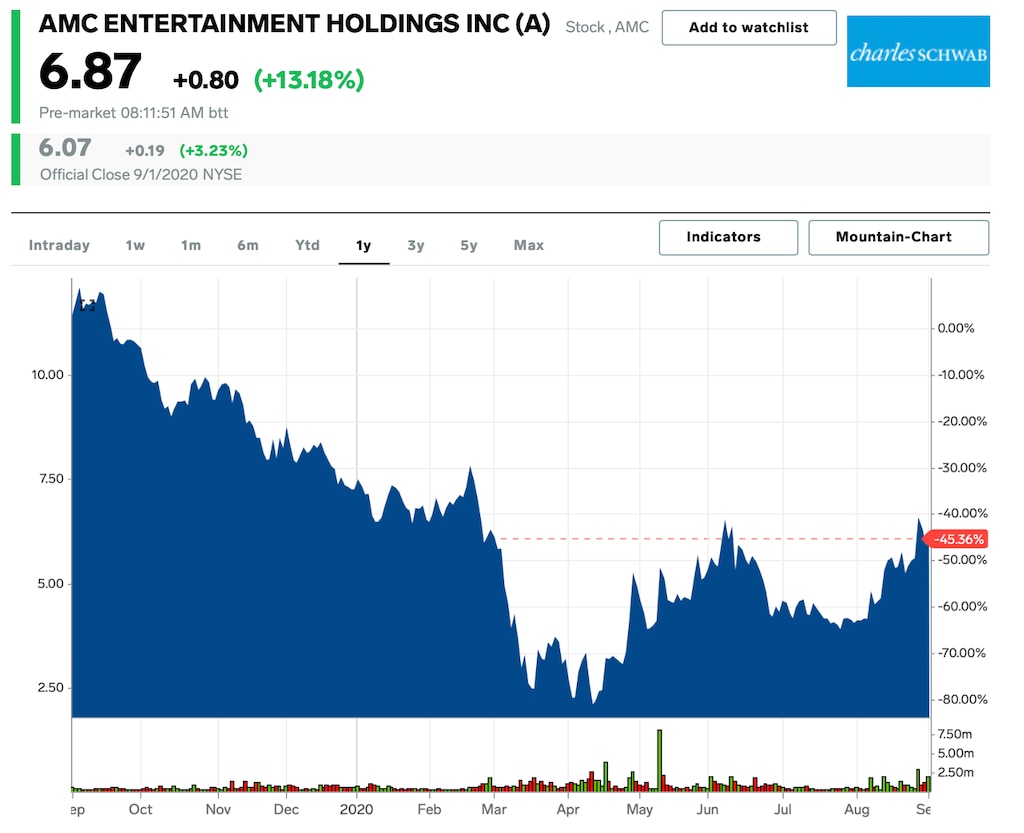