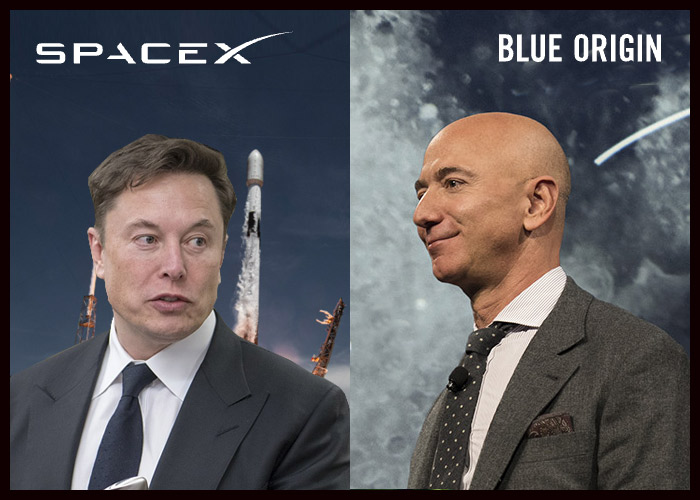 Outspoken billionaire Elon Musk gets a rebuttal from his arch-rival in both space ventures and individual wealth Jeff Bezos after two direct swipes in a matter of days. Bezos’ former company, Amazon replied with a 13-page PDF sent to The Verge to make its point that Musk is no stranger to filing lawsuits.

It all started with Musk attending a session at the Code conference in Los Angeles on Tuesday where during an interview with host Kara Swisher, Musk made a salty comment that Blue Origin should work on going to the moon and stop suing, a reference to Blue Origin’s lawsuit against NASA for offering the Artemis moon landing project to SpaceX. “You cannot sue your way to the Moon,” said the billionaire.

Amazon took it upon itself to take the fight to Musk and sent a PDF containing 39 instances when Musk sued the government offices going all the way back to 2004. “Attached is a list of some of the times SpaceX has sued the U.S. government on procurement matters and protested various governmental decisions,” a Project Kuiper spokesperson, wrote in the email to The Verge.

“It is difficult to reconcile their own historical record with their recent position on others filing similar actions.”

The list contains three subdivisions – Litigation, Protest with the GAO and lawsuits against FCC- with notes of each of the lawsuits. Earlier this month, Amazon filed a complaint with the FCC, showing how many times Musk’s company has bent or broken the rules. “The conduct of SpaceX and other Musk-led companies makes their view plain: rules are for other people, and those who insist upon or even simply request compliance are deserving of derision and ad hominem attacks,” the filing read.

“SpaceX is well aware, having benefitted from its own frequent protests and court filings against NASA and the US Air Force, that such actions are common practice in the government procurement process,” said Blue Origin, in support of Amazon’s statement.

SpaceX and Blue Origin are rivaling each other on multiple fronts. Apart from space exploration, both companies are looking to start their satellite internet programs. After Bezos stepped down as the CEO of Amazon, Musk tweeted that Bezos has retired just to sue SpaceX. Wednesday, Musk had replied to a similar Blue Origin statement with, “SpaceX has sued to be allowed to compete, BO is suing to stop competition.”

After the story was published, Musk replied to a tweet with the story headline with just two laughing emojis.