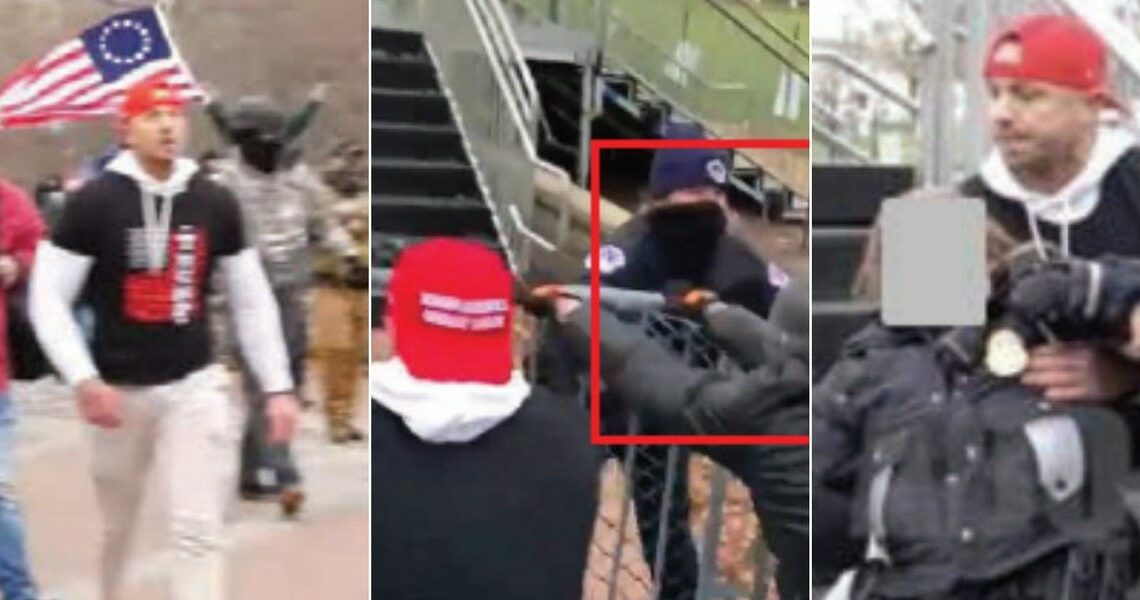 A man charged in the Capitol riot has been accused of attacking a police officer and causing her to lose consciousness during the insurrection.

A criminal complaint unsealed on Monday says Ryan Stephen Samsel, of Bristol, Pennsylvania, has been charged with forcibly assaulting, resisting, opposing, impeding, intimidating, or interfering with a police officer, attempting to obstruct a police officer, and obstructing an official proceeding.

Federal investigators included number of images from a video taken during the insurrection, which show a man they identify as Samsel leading a group of rioters toward a police barricade in from of the Capitol, moments before rioters in support of former President Donald Trump breached the building on January 6.

“After removing his jacket, Samsel pushed and pulled the barricades until the crowd successfully pushed the barricades down on top of the officers,” the complaint says. “In the process of pushing the barricades to the ground, Samsel and others knocked over [the US Capitol Police officer] as the crowd lifted the barricades and pushed toward the Capitol, causing [her] head to hit the stairs behind her, resulting in a loss of consciousness.”

One image shared in the criminal complaint shows Samsel picking up the unconscious officer, who has not been publicly named.

According to the criminal complaint, Samsel told the officer: “We don’t have to hurt you, why are you standing in our way.”

The criminal complaint says that Samsel later attempted to take a riot shield from another Capitol Police officer.

The officer who lost consciousness was taken to safety, but hours later while arresting another rioter, she blacked out and collapsed, the criminal complaint says.

She was then taken to an emergency room where heath officials diagnosed her with a concussion, the complaint says.

Samsel was arrested on Saturday after FBI agents matched his images to images in law-enforcement databases.

It’s unclear if he’s still in custody, but a criminal history check found that Samsel is also wanted in Riverside, New Jersey, on assault allegations dating back to 2019, the FBI said.

Samsel is one of more than 200 people who have been charged in the Capitol insurrection, in which five people died, including a Capitol Police officer.

Return of the cranes hits a record high
Technology