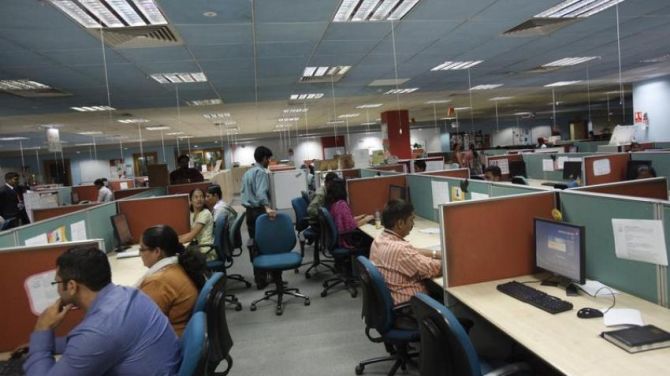 In the past 12 months, since September 2020, the net cumulative increase in employment has been just 44,483.
This is negligible — just 0.04 million on a base of over 400 million jobs, reveals Mahesh Vyas.

India’s recovery from the lockdowns of COVID-19 has been swift, partial, exhausted and discriminating.

The huge job losses incurred initially were as unexpected as was the swift recovery thereafter.

But, the recovery remains partial to date.

The unemployment rate has recovered.

The partial nature of recovery is seen in the two other important ratios of the labour markets.

These two ratios are more important than the unemployment rate.

They had fallen dramatically upon the imposition of the lockdown and have recovered swiftly but their recovery has remained partial 17 months after the first lockdown. The recovery seems exhausted because the incremental improvements have diminished drastically.

In the past 12 months, since September 2020, the net cumulative increase in employment has been just 44,483.

There have been several large increases from one month to the next. But, these are lost in subsequent months.

We also know that much of the new employment is likely disguised employment as labour has moved from factories to farms during this period.

This lack of momentum in the addition of jobs to the stock before reaching the employment level of 2019-2020 indicates a premature exhaustion of the recovery process.

This is serious because while the creation of additional jobs has stalled, the flow of additions to the stock of working-age population continues.

The recovery has been discriminating. Job losses are concentrated among salaried employees.

The recovery seems to have discriminated against salaried employees and entrepreneurs.

Salaried jobs are the better quality jobs that people aspire for.

Unlike employment of a daily-wage worker who gets back to work when lockdowns are lifted, salaried employees who lose their jobs cannot go back to the same job or find an alternative one easily.

These job losses are expected to create greater household stress.

Since salaried jobs are the better paying ones, greater loss in these jobs has a larger impact on aggregate demand.

While the recovery in salaried jobs was not impacted by the second Covid wave, it seems to be excruciatingly slow.

Then, during the second wave of April-June 2021, it continued to rise to 76 million and during July-August, averaged at 77 million.

The resilience of salaried jobs to the second Covid wave is comforting, but the slow recovery in them is worrisome.

The recovery of the labour market is discriminating in another way.

It is highly skewed in favour of rural markets.

Urban India accounts for 32 per cent of all jobs but it suffered 65 per cent of the job losses following the pandemic.

Rural India has done much better, in a sense. It lost only 1.9 million jobs.

Rural India’s saviour has been the agricultural sector.

This absorbed additional labour of the order of 4.6 million between 2019-2020 and August 2021. But, rural India lost 6.5 million non-farm jobs over the same period.

Data available for the first three weeks of September shows that labour market indicators are improving.

The labour participation rate is stable, but the unemployment rate is falling.

As a result, the employment rate is rising marginally. This is encouraging.

The recovery is seen across rural and urban regions.

Since rural India has a much larger share in the population, its impact on all-India estimates is proportionally large.

However, this expected improvement in September is likely to be small and it is unlikely to move the needle much on the fact that the recovery is still incomplete and seems exhausted. 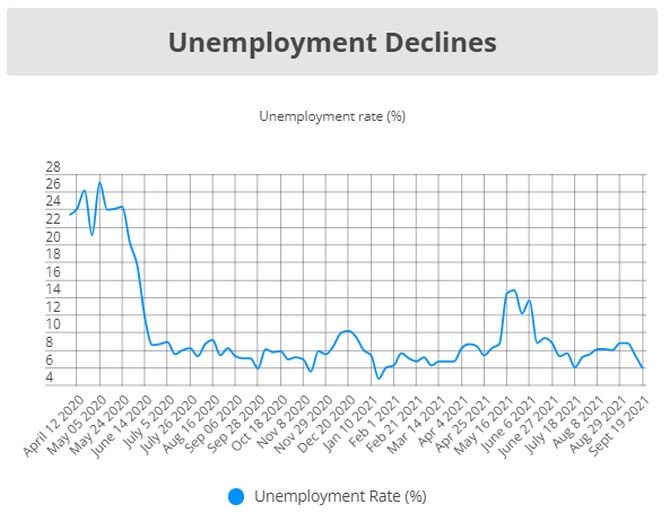