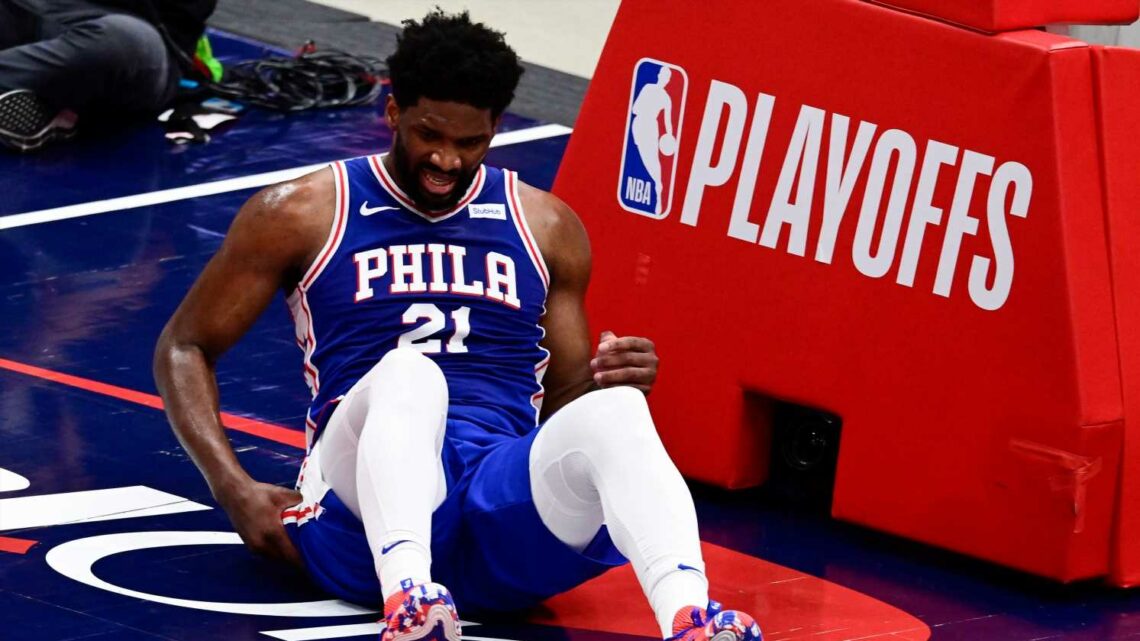 The Sixers can only hope that was their only loss.

Embiid had the best regular season of his career and has followed that with easily the best playoff performance of his career, averaging 29.3 points, 7 rebounds while shooting 54.5% from the 3-point line.

Joel Embiid appears to be injured with a back injury after a hard fall!#Sixerspic.twitter.com/QMJKBkcrxg

It is no coincidence that the Sixers finished with the No. 1 seed in the East and was on the verge of sweeping the Wizards out of the postseason. They now lead the series 3-1.

The Wizards took advantage of Embiid’s absence, although they didn’t put the game away until the waning seconds. Bradley Beal had 27 points and Russell Westbrook finished with his 12th career playoff triple-double (19 points, 21 rebounds, 14 assists).

With the score tied 108-108 and a little less than three minutes remaining, the Wizards went with a strategy of fouling Ben Simmons whenever possible. He hit 4 of 8 free throws in the final 2:47 (he was 5 of 11 overall from the free-throw line).

The Sixers can deal with losing Game 4. They would have a harder time with a loss of Embiid.