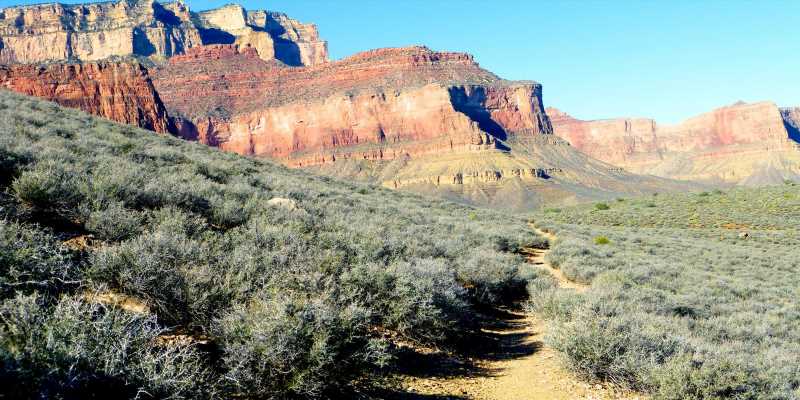 GRAND CANYON, Ariz. — A 53-year-old woman died over the weekend at the Grand Canyon from what officials believe was a heat-related illness.

The Grand Canyon Regional Communications Center received a report at around 1:15 p.m. Sunday that a backpacker was experiencing heat illness on the Tonto Trail near Monument Creek, the Grand Canyon National Park said in a news release.

Michelle Meder of Hudson, Ohio, became “disoriented and later unconscious” while hiking down the Hermit Trail on Saturday during a multiday backpacking trip through the area, the park said.

Responding rangers found Meder dead on Sunday. The high temperature at Phantom Ranch, where Bright Angel Trail is located, was 115 degrees on Saturday, the park said.

Heat wave in the Western US:What’s behind the ‘dangerous’ triple-digit temperatures?

How to keep your cool:These tips may help you avoid a heat-related illness

Park officials are “strongly urging” visitors to be prepared for excessive heat during summer hikes through the canyon, with the news release saying that temperatures on exposed parts of the trail can reach over 120 degrees in the shade. Rangers also advised not hiking in the inner canyon between 10 a.m. and 4 p.m., which the park said is the most common time for hikers to need emergency medical help.

It added that rescue efforts can be delayed during the summer because of limited staff, the higher number of calls, employee safety requirements and limited helicopter flying capability during extreme heat.

The National Park Service said canyon trails do not close because of high temperatures and encouraged hikers to review its website for tips on safely hiking the canyon in the summer.

Last week, 63-year-old James Crocker of Lakewood, Colorado, drowned while boating on the Colorado River in Grand Canyon National Park. Crocker’s death is being investigated by the National Park Service and the Coconino County Medical Examiner.