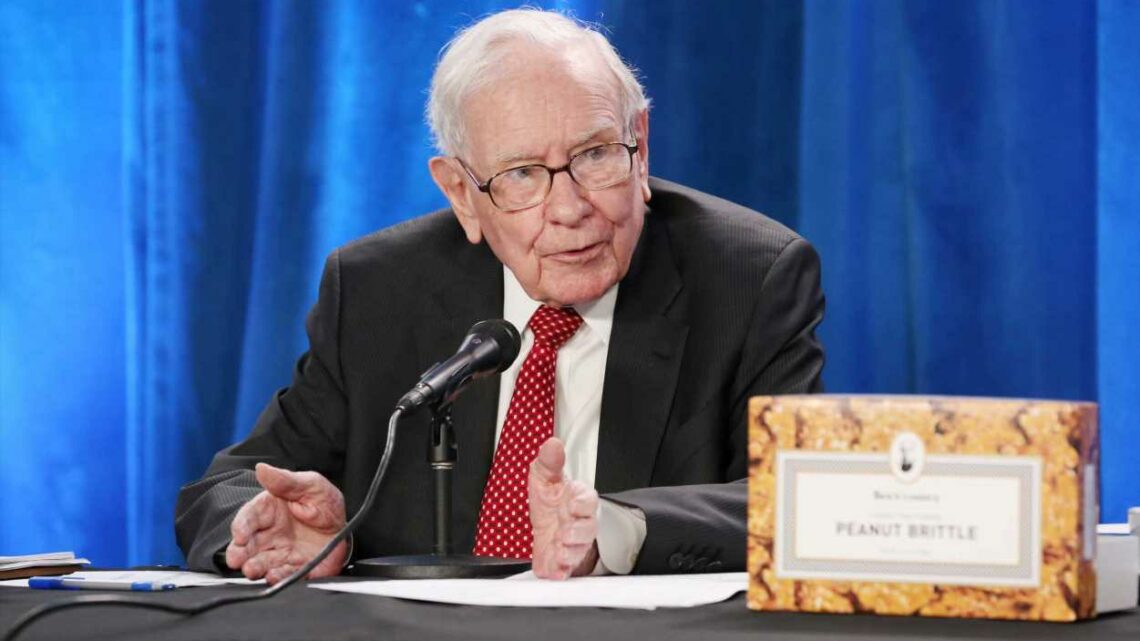 "I have [a few] very short lessons for perhaps the new investors," Buffett said.

Stock-picking is more difficult than it may seem

Buffett warned against investing in individual stocks, as "I do not think the average person can pick stocks," he said.

"I would like particularly new entrants to the stock market to ponder just a bit before they try and do 30 or 40 trades a day in order to profit from what looks like a very easy game," Buffett said.

To illustrate the difficulty of achieving success when stock-picking, Buffett first shared a list of 20 stocks with the largest market capitalization as of March – which included Apple, Saudi Aramco, Microsoft, Amazon, Alphabet and Facebook.

He asked the audience which of those stocks they predict would remain in 30 years.

Buffett then shared the top 20 companies by market cap in 1989; it included Japanese firms, Exxon, GE, Merck and IBM.

None of those remain in the top 20 today.

"I would guess that very few of you would have said zero, and I don't think it will be, but it's a reminder of what extraordinary things can happen," Buffett said. "We were just as sure of ourselves, and Wall Street was, in 1989 as we are today. But the world can change in very, very dramatic ways."

After all, "[there's] a lot more to picking stocks than figuring out what's going to be a wonderful industry in the future."

Instead of stock picking, Buffett suggested investing in a low-cost index fund. "I recommend the S&P 500 index fund," Buffett said, which holds 500 of the largest companies in the U.S., "and have for a long, long time to people."

To drive home his point, Buffett shared a slide that highlighted the large number of automobile companies in the early 1900s. "[T]here were at least 2,000 companies that entered the auto business because it clearly had this incredible future," he said. "And in 2009, there were three left, two of which went bankrupt."

"It's a great argument for index funds," Buffett said. "If you just had a diversified group of equities, U.S. equities, that would be my preference, but to hold over a 30 year period."

Buffett said it's the reason he has instructed the trustee in charge of his estate to invest 90% of his money into the S&P 500, and 10% in treasury bills, for his wife after he dies. "I just think that the best thing to do is buy 90% in S&P 500 index fund."

In the past year, Buffett says there was "the greatest increase in the number of gamblers" dabbling in the stock market.

"[T]here's nothing wrong with gambling and they got better odds than they've got if they play the state lottery, but … they actually don't have a lot of good results," he said.

"It's become a very significant part of the casino group that has joined into the stock market in the last year and a half," he said. "There's nothing illegal about it. There's nothing immoral. But I don't think you would build a society around people doing it."

Robinhood responded to Buffett's comments on Monday and disagreed with his sentiment.

"Retail investing in America is thriving today because everyday investors are seizing the opportunity to build their own nest egg," the company posted on their blog. "Robinhood has made investing simpler and more accessible to more people…"

Nonetheless, "American corporations have turned out to be a wonderful place for people to put their money and save, but they also make terrific gambling chips," Buffett said.

Check out: Meet the middle-aged millennial: Homeowner, debt-burdened and turning 40

Don't miss: Mark Cuban: The advice I got from a mentor at 22 years old that I still use today

Everything You Want to Know about Stellar, (XLM) and Why it’s Getting Added to 1xBit

Tax refunds on $10,200 of unemployment benefits start in May. Here’s who’ll get them first
Technology