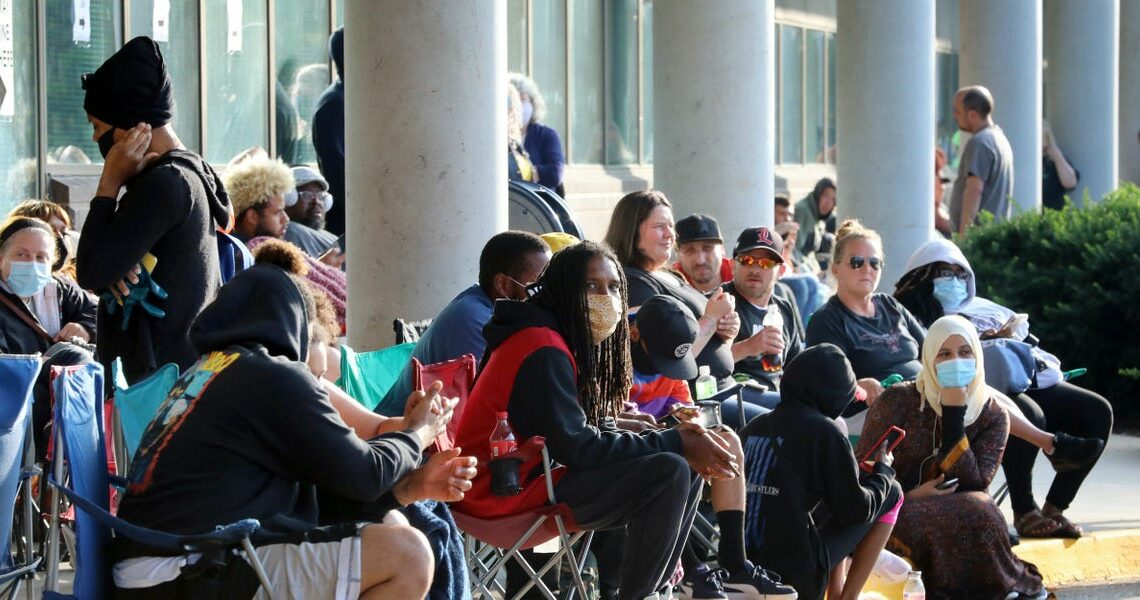 A new analysis from the National Women’s Law Center (NWLC) found that 275,000 more women left the workforce in January, meaning they are no longer working or looking for work.

Throughout the pandemic, women have been disproportionately impacted by unemployment. Some may have left the labor force as childcare options disappeared; others worked in jobs that will never return. The January numbers show that dire employment trends for women continue.

Women are down more than 5.3 million jobs since the start of the pandemic, and 43.6% of the jobs lost by women between February and April haven’t returned.

The NWLC found that 8.5% of Black women age 20 and over were unemployed in January, an increase from 8.4% in December and a jump from the 4.9% Black female unemployment rate in February 2020.

Latina workers also continued to have a higher unemployment rate, with 8.8% of those age 20 and over unemployed in January. That’s an improvement from December’s rate of 9.9%, but still a significant increase from February 2020’s 4.9%.

“Let’s say we all got vaccinated right now. We all had childcare. Everything was no problem. We all wanted to go back to work,” Tucker said. “There’s over 1 million, 1.2 million women of color who are going to come back and the unemployment rate is going to be a lot higher when they return.”

Women have continually been disproportionately impacted by the pandemic

As Insider previously reported, working women have continually felt the effects of pandemic unemployment harder. They’re more likely to work in service-providing industries, including leisure and hospitality, which again saw declines in January.

Tucker said that women and women of color are disproportionately likely to work low-paid jobs. Even when they don’t, “there’s a wage gap in 98% of occupations.” Black and Latina women already experienced the largest wage gaps.

“This is a real crisis for these women who don’t have any savings, because the wage gap has robbed them of any chance to be able to weather this storm,” Tucker said.

Women falling out of the workforce isn’t just an American phenomenon: A report from the International Labour Organization found that women and younger workers saw the greatest employment losses. The ILO report also found that women were more likely to become “inactive” in the labor market.

Some steps for recovery, according to Tucker, include increased unemployment insurance, increasing the minimum wage, strengthening unions, and providing fiscal relief to states.

“There’s jobs that are permanently gone that are never coming back,” Tucker said. “There’s childcare options that have closed down and are not going to reopen because they don’t have the funds.”