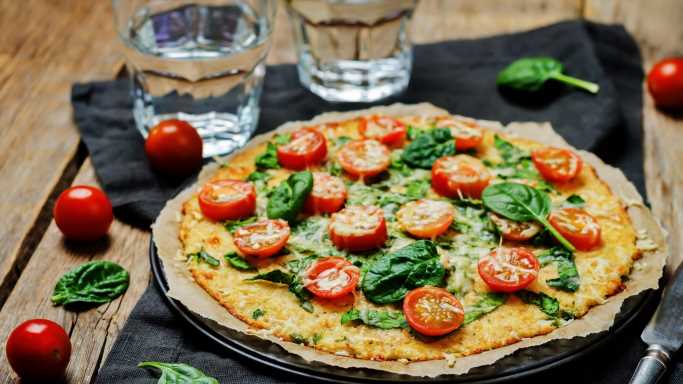 Pizza got started as food for the poor. It was born in southern Italy and originally involved only the cheapest of ingredients — leftover bread dough from the baker’s oven, tomatoes (which were abundant in the region), cheese made almost instantly from the milk of local cows or water buffalo, and herbs (principally basil) that grew like weeds in the landscape.

It’s hard to imagine what the Italian farmer who made pizza with those simple materials — or the pizzaiolo in Naples who turned it into a symbol of the city and its most famous export — would think of a pie covered with ham and pineapple, smoked salmon and capers, or Thai-spiced chicken. Yet all those things, and many more, are found on pizza in America today.

Almost 15% of Americans are said to eat pizza every day (and 25% of males between the ages of 6 and 19). Last year, we spent a cumulative $46.24 billion on pizza from restaurants and pizzerias. According to some surveys, in fact, pizza is our favorite food as a nation, outpacing even the burger and the hot dog. (But if you’re hungry for the latter, these are the best hot dog joints in every state.)

There are said to be about 77,000 establishments around the country serving pizza primarily or almost exclusively. 24/7 Tempo undertook to come up with a list of the 25 best — a daunting task. To do this, we compared and extrapolated from both nationwide and regional rankings on a host of websites, including The Daily Meal, Food & Wine, Eater, Thrillist, Patch, Bloomberg, Food Network, Gayot, Time Out, American Eats, and Yelp, as well as city-specific ratings from such acknowledged pizza capitals as New York City, New Haven, and Chicago.

Of course, those are just a few of the best cities for pizza-lovers.

Many pizza experts consider Connecticut to be the best state for pizza, and indeed it scores four places (including No. 1) on this list. New York (including Brooklyn), Chicago, and New Jersey are represented by more than one entry each, and in all some 17 states are covered.