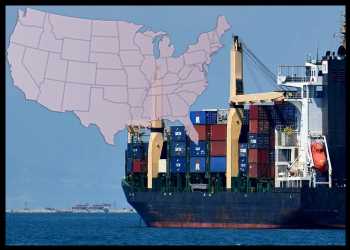 The Biden Administration has announced a $2.7 billion funding to strengthen the ports and waterways supply chains in the United States.

With Tuesday’s announcement, the Biden Administration will have invested a total of nearly $17 billion in new Bipartisan Infrastructure Law funding and other supplemental appropriations in fiscal year 2022 and 2023 for more than 800 projects across the country.

These key projects will strengthen the nation’s supply chain, provide significant new economic opportunities nationwide, and bolster our defenses against climate change, the White House said in a statement.

The fund will be used to construct new lock chambers at Emsworth Locks and Dams that will allow large cargo ships to efficiently pass through the upper Ohio River system, relieving landside congestion and facilitating timely delivery of goods.

The Biden Administration is investing $92.6 million in the McClellan-Kerr Arkansas River Navigation System (MKARNS) which moves 12 million tons of agricultural commodities annually in commodities to American farmers and provides flood control to many communities in Arkansas and Oklahoma along the Mississippi River.

$350 million will be provided to the Adams and Denver, Colorado, for reducing flood risk and an aquatic ecosystem restoration project, which will serve disadvantaged communities surrounding the area.

The funding will be spent in the City of Watsonville, Town of Pajaro, California and surrounding agricultural lands which have been subject to a long history of flooding.

Additionally, the Department of the Interior announced Bipartisan Infrastructure Law funding allocations by the Bureau of Reclamation for nearly $1.7 billion in rural infrastructure funding for FY 2023.

The U.S. Army Corps of Engineers is committing $321 million through the President’s Bipartisan Infrastructure Law to expand capacity at key ports and waterways to allow passage of larger vessels and further enhance the country’s ability to move goods.

$72 million is earmarked to widen and deepen the Norfolk Harbor, Virginia Federal navigation channel to increase the resilience of the nation’s supply chain. The Norfolk Harbor, which is one of the fastest growing U.S. ports, handles 67 percent more containers in 2021 than it did 10 years ago. Work will improve navigation and enable safer access for larger commercial and naval vessels, and provide significant new economic opportunities to the region.

A portion of the Galveston Harbor Channel will be deepened using $11 million to accommodate larger vessels throughout the Port.

$68 million will be invested to deepen the Brazos Island Harbor Channel at the Port of Brownsvillein Texas to enable increased cargo movements, reduced transit times and improved operational safety.

In addition, $67 million will be given to the Pajaro, CA project to reduce flood risk in the City of Watsonville, Town of Pajaro.

Starbucks To Explore NFTs, Metaverse By The End Of 2022
Technology