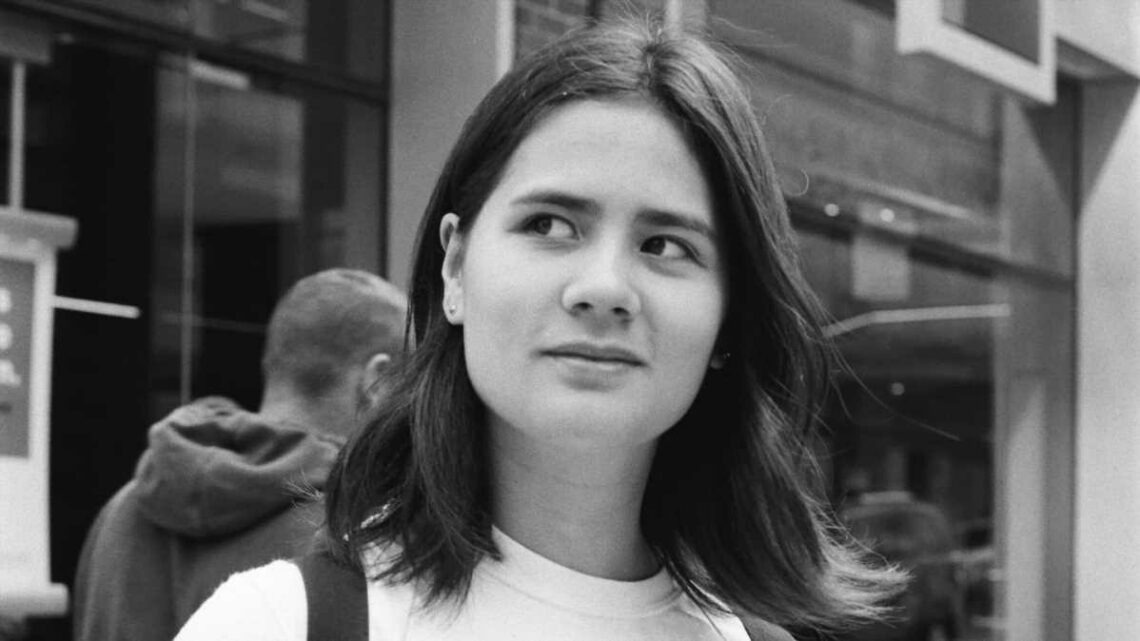 18-year-old climate activist shares how she finds courage and resilience: 'We're fighting against what feels like a ticking time bomb'

That's according to a survey of 10,000 young people across 10 countries released this month by academics at Stanford, Oxford, and the University of Bath, among others.

CNBC spoke with Natalie Sweet, an 18-year-old climate organizer, in August about her experience living with and moving through climate anxiety. Sweet became involved with Zero Hour, a youth-lead climate activism organization, as a freshman in high school and worked her way up to become the communications director. She's transitioning out of that role to focus on her freshman year of college at Wesleyan, but will still be a member of the Zero Hour communications team.

The following are excerpts of Sweet's comments in a telephone interview with CNBC. They have been edited for brevity and clarity.

'We were not the ones who started Shell and Exxon'

There's a different sense of urgency with youth because we hear things like 'Miami will probably be underwater in the next century,' 'these heat waves and storms will just become all more frequent.' Older people know this is not really an issue for their generation and that's just really infuriating to me, because part of me feels like this is their mess to clean up.

We were not the ones who started Shell and Exxon. That was not our generation. And now we're sitting in this big mess that come has come from rapid-fire anthropogenic climate change since the 1950s.

A lot of times, even if there's an appreciation of youth fighting climate change, it's always, "Wow, I'm so proud of you kids. You all are doing well." Then come help us. Come join us.

At least half of climate finance must be spent on helping countries adapt to climate change, says UN secretary-general

Living on the front lines of climate change: Victims of fire and flood tell their stories

Climate migration is already happening — for homeowners who can afford it

We're going to keep trying to convince the adults, but I can't focus and stay on that too long, because — this is going to sound a bit drastic — we don't have time.

The burnout is real: Is all this work for nothing?

I got involved in Zero Hour in 2018 in May or so, when I was when I was a high school freshman.

Before then, I hadn't really heard principles of climate justice discussed recently. A lot of times when people were talking about climate change, it was adults talking about wilderness conservation, but Zero Hour was one of the first times where I really saw a group teach and prioritize the human rights issue of climate change.

My parents have always been pretty eco-conscious, but I think they weren't as informed about the issue of climate justice, or the scope of climate change and all that it covers, as I was.

I joined the national communications team in January 2019 in my sophomore year.

I was doing all sorts of awesome national presence, social media work, like working on different online campaigns, sending out press releases, talking to reporters. I started getting really involved and eventually just became the communications director — the director of the team — after a previous director stepped down. That was in December 2019. Ever since then, I've just been working as a communications director and running both the press and the social media team. I manage a team of about 14 people.

During its very peak, I would be spending anywhere between eight and 12 hours a week on Zero Hour work, including calls. I was really, really busy.

I feel a lot of burnout, a lot of frustration when you've been pushing for various policies, and then seeing that no one will pass them, or just feeling like you are fighting an uphill battle. I think that does make me feel very, very burnt out emotionally.

It is really upsetting. Because not only has like all this work I put in not working but also, we're just fighting against what feels like a ticking time bomb. It is zero hour to save our planet.

We have no more time. I feel sometimes so tired from all the work I've put in and not really seeing the fruits of my labor, where it feels like, "Okay, well, was that all for nothing?" Because if the politicians don't listen to us, then how can we get our point across?

How to stay engaged: Find your people, take breaks

The community of people that I've met through organizing has been so wonderful and joyous.

In December 2019, we did a retreat in Washington, D.C., and we all met together and were able to share our goals for the organization, we wrote out a timeline together, which was for 2020 — and which was then useless because Covid happened. But still, this sentiment of being together and having community and knowing that there are people who also deeply share love and organizing and a deep care for the planet and the people is really what keeps me going.

If this were one of those solo fights, like there's no one around with you and you're just pushing uphill, I think it'd be very difficult for any organizers to feel the spirit to keep going. Having people around you who push you and motivate you, but also share the same cares and fears and worries as you was really, really inspiring. I have really connected with the people at Zero Hour in that sense.

Zero Hour does mandate that each of our directors take off a certain amount of weeks, just because we understand that we are youth and a lot of this fighting for climate justice can feel really, really draining sometimes. And so having that understanding that you do need to take restful breaks at some point is really important.

Many of my closest friends are climate organizers, people who I've met through our shared love for this planet, the people on it, and for our shared desire for it to fight for justice in all of its different forms.

Being surrounded by a caring community who understands burnout in a way that you do, too, is really important. I feel like many other directors and my friends in the climate movement totally are like, "Yes, you need to take a break right now." I think hearing that validation is really, really affirming.

My fight is for a livable future

Zero Hour really strongly prioritizes the right to livable future. And that's something that I've instilled in myself too. Above all, everyone has a right to a livable planet, a livable future, safe neighborhoods, safe communities, and I really want to do whatever I can to make sure that that goal is achieved.

Environmental law is something I was particularly interested in. In school, I took a class called Global Environmental History, which really exposed me to the history of the way humans have interacted with the earth.

I do see my path as continuing to work with work with the media and continue to shape narratives, because I think that's one of the most rewarding things from communications that I've learned is the importance of like storytelling, and of helping organizers develop climate storytelling, and build different voices.

I feel very deeply driven by the fact that everyone has should have a right to a livable future. I think I'm going to keep fighting for that as I go on and become an adult.

Also in this series:

The Crypto Mining Fight in China Is Not Over