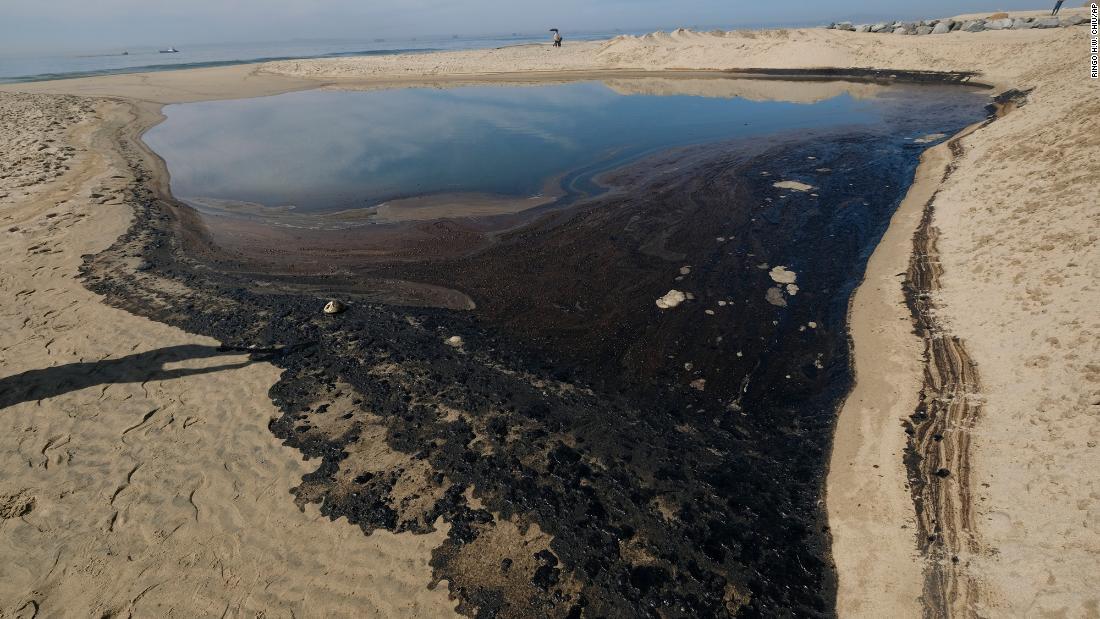 New York (CNN Business)Shares of the owner of the pipeline responsible for the oil spill off the coast of Southern California plunged Monday, as the money-losing company could be on the hook for big penalties.

Amplify Energy, a small, independent oil company active in oil production and drilling in the area, said that its pipeline is the apparent source of the massive oil spill about four miles off the coast near Huntington, California. Authorities say the spill is comprised of an estimated 3,000 barrels, or about 126,000 gallons, of crude oil.
Amplify’s shares plunged about 44% in early trading Monday on news of the spill. Houston-based Amplify (AMPY) was created in 2017 out of the bankruptcy of another small oil company, Memorial Production Partners.

Thanks to a surge in oil prices this year company’s stock had been on a tear, rising 339% year-to-date through the close of trading Friday. Despite those huge gains, Amplify’s stock price Friday was about where it stood before the collapse of energy prices in the early days of the pandemic when oil prices briefly turned negative. Institutional investors own about a third of the company’s shares.

Amplify is a very small company, with only 222 employees as of the end of 2018, the last time it reported the size of its staff in a company filing.

Its most recent financial report shows sales of $153 million, with year-to-date losses of $54.4 million through the end of June. Adjusted operating income came in at $47 million. One factor that helped its results was the full forgiveness of a $5.5 million payroll protection program loan from the US Small Business Administration.

The spill’s limited impact on other companies

The oil spill’s impact on other oil and drilling companies has been limited so far. Shares of Exxon Mobil (XOM), Chevron (CVX) and ConocoPhillips (COP), the three biggest US oil companies, were up slightly Monday morning, as were those of offshore drilling company Transocean. 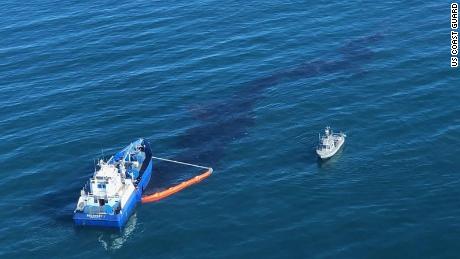 The facilities operating the pipeline were built in the late 1970s and early 1980s and are inspected every other year, Amplify CEO Martyn Willsher said at a news conference Sunday. He said company employees noticed the oil spill and notified the Coast Guard on Saturday.
Offshore oil production on federal lands has been a focus for Amplify as it tries to grow its business. The company said in August it had spent $1.7 million in capital to increase its operations at federal lands off the southern California coast, and that it expected to start production in September. The company did not respond to questions as to whether that took place as planned, and if the oil from that project was involved in this spill.
Source: Read Full Article

Fed May Launch CBDC Review As Soon As This Week
Technology