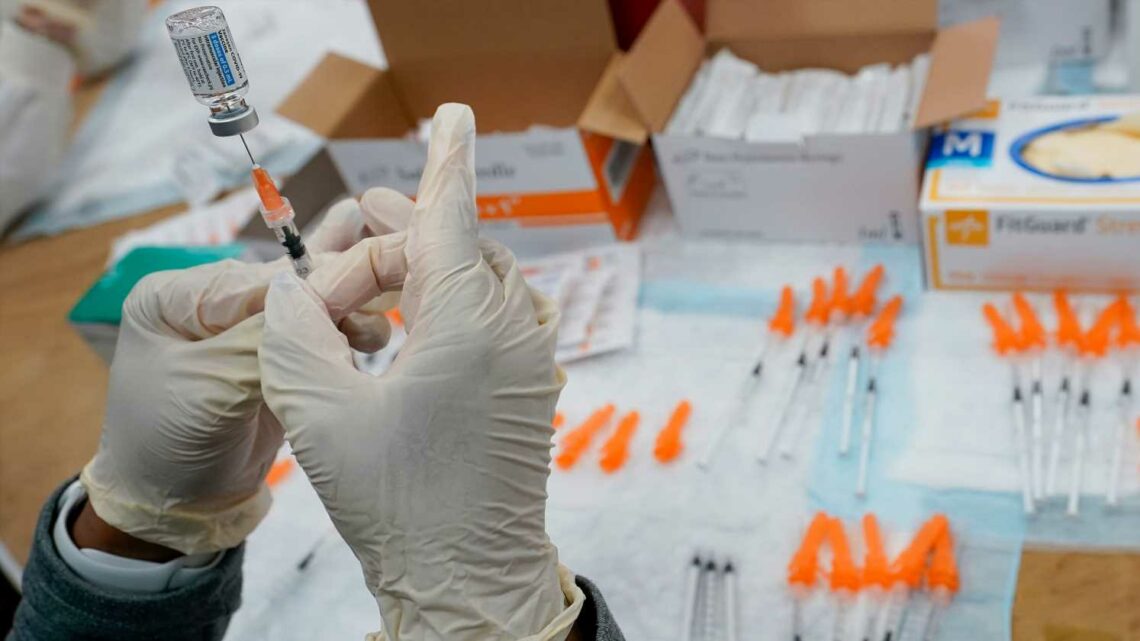 12-15-year-olds could qualify for vaccines this week; strain found in India a ‘variant of concern,’ WHO says: Live COVID-19 updates

The Food and Drug Administration on Monday granted emergency use authorization to the Pfizer-BioNTech vaccine for use in teens ages 12 to 15, which became the first inoculation to receive that kind of clearance in the U.S.

The decision means adolescents ages 12 to 15 could qualify for shots as soon as Thursday, after the Wednesday meeting of an advisory committee to the Centers for Disease Control and Prevention.

Shots also will be available soon through pediatricians’ offices, the president said. “And if teens are on the move this summer, they can get their first shot in one place and a second shot elsewhere.”

That may be more complicated in reality. FDA officials speaking late Monday said that while their authorization covers the entire country, each state may have its own rules about who can administer vaccines, so not all pharmacies or vaccination sites available to adults will be open to adolescents.

Older teens, ages 16 and 17, have been allowed to get the Pfizer-BioNTech vaccine since it was authorized in December. The other two vaccines authorized for use in the USA, from Moderna and Johnson & Johnson, have not been available to minors because studies are still underway.

Also in the news:

►The World Health Organization announced Monday that it had designated the B.1.617 variant first discovered in India as a “variant of concern.” India has been experiencing a deepening pandemic crisis as the variant runs rampant through the country, which has since been found in 32 countries including the United States.

►The president of El Salvador says he will donate coronavirus vaccines to seven towns in Honduras even though his own country’s vaccination effort is still struggling.

►New York state’s positivity rate fell to its lowest level since before Halloween, and new cases fell 26% last week compared with the prior week, state and federal records show.

►Variant infections boomed in Florida following spring break, making Florida home to the most variant COVID-19 cases in the nation, the South Florida Sun Sentinel reported based on data from the Florida Department of Health.

📈 Today’s numbers: The U.S. has more than 32.74 million confirmed coronavirus cases and 582,100 deaths, according to Johns Hopkins University data. The global totals: Over 158.6 million cases and 3.29 million deaths. More than 329.8 million vaccine doses have been distributed in the U.S. and more than 261.5 million have been administered, according to the CDC. More than 115.5 million Americans have been fully vaccinated – 34.8% of the population.

Keep refreshing this page for the latest updates. Want more? Sign up for our Coronavirus Watch newsletter for updates to your inbox and join our Facebook group.

President Joe Biden will talk with three Democratic and three Republican governors Tuesday about innovative ways to get more people vaccinated, USA TODAY has learned. Biden will meet virtually with the leaders of Ohio, Utah, Massachusetts, Maine, Minnesota and New Mexico to share best practices as the administration moves toward its goal of getting 70% of adults at least partially vaccinated by July 4.

More than half of all residents in Massachusetts, Maine and New Mexico have gotten at least one shot, ranking among the top 10 states. Ohio and Utah are in the bottom half of the states for vaccination rates.

Novavax, the Maryland-based biotech firm whose vaccine has performed well in clinical trials in the U.K. and South Africa, expects to release data about its U.S. study “in a few weeks” but won’t be ready to seek regulatory approval until sometime in the second half of the year.

CEO Stanley Erck told USA TODAY that Novavax has been addressing production issues that have prevented the company from manufacturing the vaccine to scale, and that it remains “on track” to file a request for emergency use authorization with the FDA.

In a quarterly report released Monday, Novavax said it intends to seek that clearance and also the OK from European regulatory agencies by the third quarter. The company also revised down its anticipated capacity to 100 million doses per month by the end of September.

Novavax has a production and manufacturing deal with the Serum Institute of India and its vaccine is widely anticipated in developing countries.

US infections falling as inoculations falter

The U.S. is now averaging about 40,000 new coronavirus cases per day, down more than 40% from less than a month ago and just one-fifth of what the nation was facing at the start of the year.

Still, the race for herd immunity that could help put the pandemic in the nation’s rear-view mirror is not going entirely smoothly. Some states want the federal government to withhold staggering amounts of vaccine this week amid plummeting demand for shots. Concern over waning interest in vaccination has prompted President Joe Biden to schedule a meeting Tuesday with six governors aimed at regaining momentum.

Biden’s goal: 70% of the nation’s adults vaccinated with at least one dose by Independence Day.

More than 58% of U.S. adults — and 46% of the population — has received at least one jab, and nearly 35% of the country is fully vaccinated. However, the pace of first-dose vaccinations has fallen 60% in just the last month, a USA TODAY analysis of data from the CDC shows.