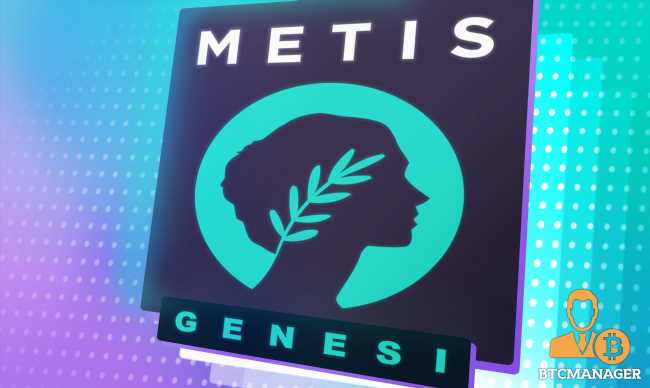 According to an official announcement, Metis has announced $100M Ecosystem Fund to support projects joining its ecosystem. In an exclusive interview BTC manager, Metis advocated that Genesi will be instrumental in allocating funds to top-tier projects across various metaverse verticals.

This fund is an effort to boost traction across Layer2 chains. This comes after it disclosed its plans to adopt a new Optimism EVM Model to facilitate the scalability of decentralized applications. The Decentralized Autonomous Organization stated that it will deploy a new testnet with the model to verify the condition of the Layer 2 network, including its security and features.

According to the DAO, the testnet will be held before the end of the week, while the release of Andromeda, a scalable solution based on the Optimism EVM Model, is set for the second week of November. The team is certain that launching Andromeda will help the DAO reach a faster consensus and facilitate the deployment of DApp on the Layer 2 network.

Compatibility Amongst the Reasons for the Adoption of Optimism EVM

DApps developers have forwarded several complaints about compatibility issues to the Metis team. These developers experienced difficulty deploying their DApps on Optimism due to the current EVM Compatibility model. As a result, Optimism proposed the OVM 2.0 (EVM Equivalence).

Migrating to this scaling solution would mean forcing the developers to modify the codebase of the DApp and that is supported by Ethereum. The new Optimism Virtual Machine Model will facilitate DAC stacking, mining, and enable developers to build decentralized business on-chain.

However, the new OVM model deviates from the core concepts of DAO and its vision, which are decentralization and scalability. With the DAO switching to this proposed Optimism model, it would become challenging to initiate on-chain transactions and Optimistic Rollups will be altered.

Andromeda Checks All the Boxes

Andromeda will improve scalability, allow Metis DAO to retain decentralization, and enable the migration of DApps built on the DAO to migrate to the newly proposed OVM structure. Metis revealed it will employ the Metis Ranger System, where the rangers of the DAO will reach a consensus before allowing the Verifiers to initiate fraud proofs and challenge transactions via the Peer Nodes.

The challenge will take place in Layer 1 before finalization. The Ranger System uses a sequencer pool model that will allow Verifiers to be added to the pool once it’s finally opened.

According to Metis, the ranger system will shorten the transaction finalization window. The system serves as a check of the overall condition of the validation network to improve security.

Metis plans to deploy a new testnet with EVM Equivalence before the end of the week, replacing the current Dragonfire testnet. This is in a bid to ensure that everything goes perfectly before a new round of testing on DAC Staking and Mining offering begins and Andromeda is released.

Apart from offering scalability, Metis confirms that Andromeda will provide enhanced security and allow consensus to be reached faster. It’s the best solution to compatibility and migration issues current DApps developers are experiencing.