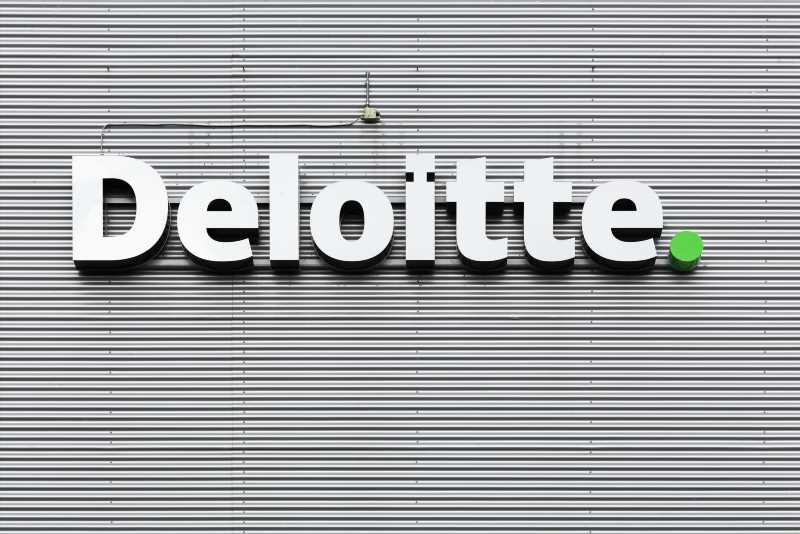 The cryptocurrency sector has elicited massive interest from different parties worldwide. Top professional auditing firms are hiring more specialized staff to respond to new products and service provision in the industry. The auditors have realized the huge opportunities connected with digital currencies and blockchains.

Despite the current bearish market, major accountancy firms, including Ernst&Young, PwC, Deloitte and KPMG have since rushed to offer their services. A Thomson Reuters survey shows that at least one in five of all financial firms are joining in on this trend in equal measure. And while most of them are still wary of the volatile nature of the market and the lack of consensus on regulatory rules, they have recognized the disruptive nature of blockchain technology.

The Future of blockchain in accountancy

The ‘Big Four’ auditing firms reify with her views. They have made big waves in the crypto sphere by launching blockchain enabled auditing products fit for the market. Could it be that blockchain technology is quickly questioning the relevance of traditional accounting firms?

In a 2018 Global Blockchain survey, Deloitte questioned 1000 blockchain savvy individuals on the perception of blockchain in practical business applications. The prominent company executives from seven different countries and major economies strongly suggested that these firms may go obsolete if they do not adapt. A significant 74% of the respondents viewed blockchain adoption as a compelling business case. Another 34% confessed that they have incorporated the technology into their operations. Another 40% of these businesses plan to inject over $5 million into blockchain tech.

The impact the ‘Big Four’ have had on the crypto sphere

The world’s largest accounting firms, PwC, KPMG, Deloitte and Ernst&Young (EY), collectively form the ‘Big Four’. Their newly released tools are targeting efficient reviews and audit of transactions between businesses in the crypto sphere. According to a 2018 press release by EY, the EY Blockchain Analyzer was designed to facilitate the firms auditing teams to gather data for multiple blockchain ledgers. This improves the review and analysis of blockchain based transactions. PwC is also targeting private equity audits through blockchain.

On 5th November 2018, Deloitte announced its strategic partnership with Attest Inc. The collaboration aims at developing a digital identity system based on the blockchain. This system is aimed at helping identify government compliant identifiers. A digital identity issued by the government is projected to reduce risks while minimizing costs of conducting business for blockchain technology-based industries.

Cab Morris, co-founder and CEO of Attest Inc, also believes that this identity will provide citizens with greater security, privacy and control over personal data. He stated that Attest’s prowess in helping businesses and their clients attain secure transactions on digital platforms will greatly come in handy with the shared identity platform. Additionally, the partnership with Deloitte and its prowess in audit could only mean a high level of trust for digital operations.

Relevance
The adoption of advanced audit tools will keep the big four relevant, albeit where private blockchain audits are concerned. With these tools, the Big Four can keep a leash on the expansion of public blockchains, keeping the revenue flowing into their coffers for longer.

Despite their minimal altruistic focus, these systems will further enhance the technology’s accuracy and transparency which can only strengthen its further adoption by businesses. Furthermore, there is mutual benefits in provision of specialized audit services.

Money to be made
Such large establishments exist to make ample gains from their underlying clientele. Adoption of blockchain technology would thus further augment their resources. The crypto sphere has vast opportunities and there is a lot of money to be made in the industry. From a very humble beginning, the cryptocurrency market is now worth over $220 billion.

As
institutional
investors slowly edge out high net worth investors, it therefore comes as
no surprise that these massive entities want a piece of the pie as well. These
investors in turn entice other stakeholders and industry players to get more involved
in the industry.

The growing legitimacy of the trade
The crypto sphere is currently attracting a lot of legislation and regulation from governments. This has helped build confidence in its growth and sustainability thus attracting big industry players such as the Big Four.

The
Internal Revenue Service (IRS) for example, already
won a case against Coinbase. This significant win paved a way for
institutions to face the taxman legally. In Asia, the Know Your Customer (KYC)
policy enforcement has been felt in their exchanges. Bitfinex has actually gone
ahead and blocked trades from United States customers citing uncertainty and
regulatory issues.

A change in government stance
Major world bodies like the IMF, UN and the World Trade Organization are beginning to discuss the impact of the blockchain revolution. Not left behind are the governments of countries like Japan, for example, who have built an environment that has become the breeding ground for cryptocurrency trade in Asia. It has legalized the payment of goods and services via cryptocurrencies.

The US SEC’s firm grip on crypto regulation has enhanced investor and consumer confidence. On the other hand, Canada has developed its first government-approved cryptocurrency. Germany too has legalized Bitcoin as a legal currency while Holland has a Bitcoin city in the literal sense of the term.

Conclusively, the agenda of the ‘Big Four’ audit firms and its effects on the crypto sphere in the long run remains to be seen. The increased interest from these firms is a concrete validation of the bright future of blockchain technology and it can only mean more investments opportunities for all players involved.